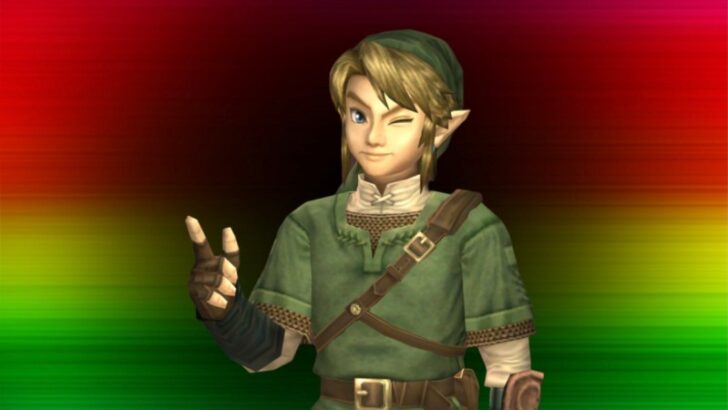 The modding community set out to make a canned project a reality.

Zelda 64 utilizes Ocarina of Time’s engine to deliver a completely new experience for players to enjoy. This mod was inspired by the Ura Zelda expansion that never made it to the N64, taking that vision and bringing it to life with new dungeons, design tweaks, new maps, and more. This is meant for PC emulators, but you can technically play it on N64 systems, as well. You can learn more about that, and how to get started playing, right here.

Because sometimes a little silliness is necessary.

There are so many joke mods out there for Legend of Zelda: Breath of the Wild, including bringing the infamous Thomas the Tank Engine into the mix (seriously, this train is everywhere). Good ‘ol Tommy can be joined by Woody and Buzz from Toy Story, Grand Theft Auto characters like CJ — Even Waluigi can join the fun. These mods are simple reskins, transforming bosses, NPCs, and Link himself into somebody else, someone that definitely doesn’t belong in Hyrule.

But that’s what makes it fun:

This mod is its own expansion with new quests, NPCs, and more.

There are many impressive mods out there, but for those Nintendo fans itching for new Breath of the Wild 2 news, this particular mod comes at the perfect time. This Legend of Zelda: Breath of the Wild mod is called Second Wind and is pretty much an all-new fan-made expansion that gives new quests, NPCs, crafting, and so much more. Even better? It completely overhauls key parts of the original story, like shrines.

The Second Wind mod is impressive. It has over 50 impassioned fans working to make this a functional reality, including detailed new NPCs to meet and new gameplay aspects to explore. Second Wind came to be when a group of players felt that Nintendo didn’t properly utilize Breath of the Wild’s potential. Because of that, those players took to making this particular extended option with Second Wind. It aims to tweak the existing title while adding new gaming aspects to enjoy to deliver a finalized play experience that will leave Zelda fans feeling fulfilled. In addition to new experiences, the team also overhauled much of the original game as well, including shrines.

This mod can be downloaded right here.

This isn’t an expansion mod like the one seen above, but it does dramatically change the gameplay experience. See for yourself right here.

No Shield Damage From Surfing

This one is self explanatory.

This mod is simple, but awesome in said simplicity. This particular Breath of the Wild mod eliminates any damage taken from surfin’ that shield. This is a quick-fix mod that just removes damage from the equation, meaning you are free to surf until your little heart’s content without worrying about being down one too many hearts.

You can check out this mod for yourself right here.

The Hyrule Rebalance mod is popular, and for good reason. This modding experience changes so much to the world of Hyrule while still making it feel authentically Breath of the Wild. From the smallest of quality of life changes, like balancing “fundamentally unbalanced elements” to increasing things like dyeability, stamina, more animals out in the wild, and more. There’s a lot that this mod tackles, much of which is just small tweaks that make the world of a difference. If you’re interested seeing Breath of the Wild in a new way before the sequel releases, you can download the Hyrule Rebalance mod right here.

We talked about the Zora a bit in a previous feature about what we’d like to see in Breath of the Wild 2, but this mod brings this race back to the forefront in a pretty awesome way. This mod, as the name suggests, allows you to play as Princess Ruto with a simple Link reskin. For those that loved her in Ocarina of Time, this mod takes her model seen in Hyrule Warriors and inputs her into the world of Breath of the Wild. Her skills are fairly accurately applied, as well, including more efficiency with swimming.

I couldn’t include Ruto and not include Mipha, come on.

Of course, I couldn’t leave out this Mipha mod when talking about Ruto being a playable character. This one brings an adorably chibi-fied Mipha as a playable character, replacing Link’s default getup with this cuteness that is too pure to pass up. The mod also includes a few different armor pieces fit for a Zora champion. She can also swim up waterfalls and comes bearing the gift of an unbreakable Lightscale Trident.

This one has more additional reasons to play than Ruto’s because it’s more than a simple reskin with a few added perks. She’s also much more expressive than her Ruto counterpart, mostly because it’s a port within the same game. You can download this cute Mipha mod right here.

The world of The Witcher crashes the party.

This mod is another simple retexture, this time replacing the look of the Stealth Chest Guard and Stealth Tights to look more in-line with what Geralt of Rivia from The Witcher would wear. With the new Witcher anime coming out, as well as Season 2 of the hit live-action TV series debuting later this year, the fantasy adventure that gave us Yennefer is on many minds. Why not be in your Hyrule, as well?

Don’t let your dreams be dreams, add this mod here.

Breath of the Wild has a stunning art style that many games have replicated since, but what if you’re looking for something just a bit more elevated? That’s exactly what this ReShade Preset mod does, making a few adjustments here and there to make the game even more beautiful than it already is. This is especially noticeable when looking at the in-game water, or when traversing particularly fruitful terrain.

From enriched colors to texturization to make certain environments feel more realistic, this is a must-have if you’re looking for an updated experience. Get this experience right here.

And there you have it! We’ve got new characters, joke mods, retextures, and Dark Hyrule galore. But just because you mod doesn’t mean you’re disrespecting the original. The modding community is a phenomenal community that celebrates all things gaming while delivering new ways to experience fan favorites. Any particular beloved Zelda mods that have your heart that are not listed above? Shout your favorite picks in the comment section below!

Be sure to also check out our https://www.gameinformer.com/zeldaweek&quot; target=”_blank”>Zelda hub below, we’ll be celebrating the iconic Nintendo series all week!