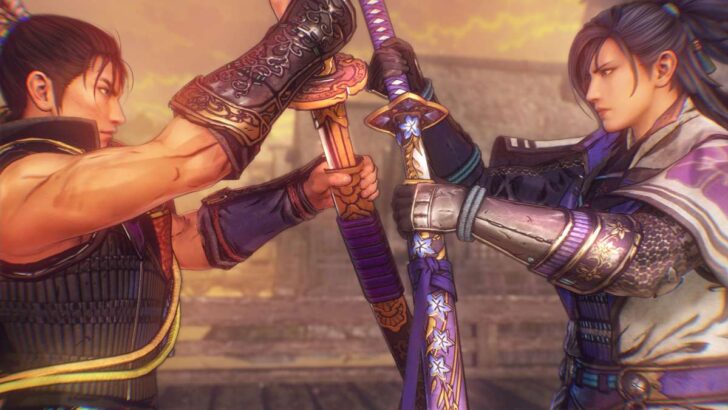 Samurai Warriors 5 smashes its way onto Xbox One consoles today (playable on Xbox Series X|S via Backward Compatibility). But since the series hasn’t been seen on any Xbox system since Samurai Warriors 2 back in 2006, we wanted to provide beginners a quick guide for dominating the world of Musou gaming. Here are 10 tips to get you started…

Let’s Get Down to Basics

The most basic way of dealing with hundreds of oncoming enemies is to strike them all at once in a giant sweeping motion. When you begin playing the game and encounter a horde running your direction, hit the attack button at least three times before unleashing the bigger charge attack (referred to as a Power Attack in-game). This normal-normal-normal-charge combo serves to strike many enemies at once, helping clear a path to the next group of soldiers.

Stunned enemies are left vulnerable to bigger combo attacks, and this is especially important when fighting enemy warlords who are ready and waiting to strike back with counterattacks. Depending on the weapon employed, most fighters can stun opponents with a combo hit of 2 regular attacks followed by a Power Attack. Once stunned, follow up with more powerful attacks to take the warlord down without fear of counter measures.

Why Can’t We Be Friends

Ultimate Skills to Pay the Bills

If you want to play like a pro, master the art known as Ultimate Skills. Four types of Ultimate Skills can be equipped at any one time, from Recuperation (refills Musou gauge) to the Avalanche that sends a giant spear into the ground in a giant shockwave to stun all nearby enemies. Master these Ultimate Skills to hit better combos and destroy enemy units in the flashiest, most dazzling way possible.

Hyper Attacks allow you to round up your enemies into one place and then follow up with a standard attack and a devastating Power attack. This allows you to experience the exhilaration of defeating a large number of enemies at once, while also continuing your combo. Your character will also receive a boost in strength from increasing your combo counter.

I’ve Got the Power

You can efficiently strengthen your characters by using the rewards you receive from battles, such as Stock EXP and Stock Weapon Mastery. As soon as you gain access to a new character, you should head to the Dojo and start strengthening them up!

Try to focus on acquiring skills for your characters that increases their Musou Gauge. This will allow you to freely use your powerful Musou Frenzy Attack and allow your character’s weapon to activate its elemental effects, making you much more of a threat on the battlefield!

Related:
Next Week on Xbox: July 26 to 30
How an Esports “Master” Landed His Dream Job at Team Ninja to Help Players Be Great
Ninja Gaiden Master Collection Brings Back the Baddest Bosses in the Business