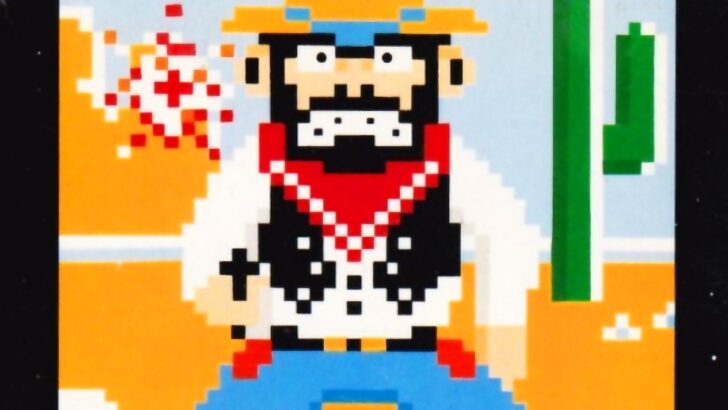 Reach (very carefully) for the sky.

As highlighted by @katewillaert on Twitter, Ben Solovey (thefairshot on instagram) has managed to uncover two reels of 16mm film that were originally part of Nintendo’s Wild Gunman arcade cabinet from 1974.

While Nintendo console gamers will probably be more familiar with the NES port of this light gun shooter (or the version that Marty McFly plays in Back to the Future Part II), the original arcade game was created by Gunpei Yokoi and used a 16mm projector to display the various gunslingers you were drawing against. Interestingly, the arcade game came to the US in a joint venture between Nintendo and Sega — you can read all about this unlikely collaboration in a Wild Gunman piece we wrote a few years ago.