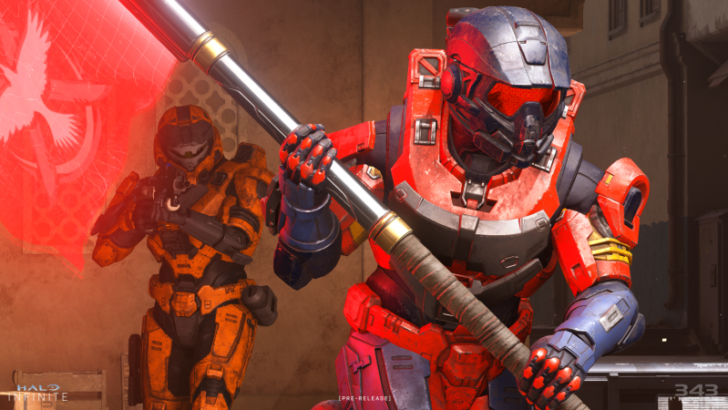 This time, it really is a bug and not a feature. When the first Halo Infinite Flight test dropped, we here at Game Informer couldn’t wait to dive in. You may remember an article we wrote talking about the teabagging nature of the smart AI in the latest Master Chief adventure, but it turns out that the teabagging in-game was actually just a mistake. A mistake that happened over and over and over … you get the idea.

After several videos went viral showing off the smart in-game bots doing the W dance (even though it was impossible to lose a match, which makes for an interesting paradox), 343 has confirmed that the action wasn’t intentional. In a recent statement to the site Kotaku, a 343 Industries representative confirmed that the art of teabagging wasn’t written into the game’s program, at least where the bots are concerned. “We don’t have any explicit programming that tells the bots to teabag or taunt you in any way. These bots are meant to be welcoming and fun for players of all skill levels, and a feature designed to taunt a player would oppose that goal.”

This means only one thing: Robots — they’re evolving. Will Smith tried to warn us about this, but we didn’t listen, and now? The teabagging takeover begins.

The spokesperson did go on to clarify, adding, “If that happened to be observed shortly after a kill, or near a player’s body, it can definitely feel like an intentional behavior. In reality, the bot was just struggling to go up the stairs.” That does make sense, but somehow teabagging robots sounds cooler, so we’re just going to blow right past that.

If you missed the first Halo Infinite Flight test, don’t you worry. The studio has promised that more early access periods are on the way while the team hammers out the final details before Halo Infinite drops later this year.