5 Great Games To Pair With Mac And Cheese Ice Cream 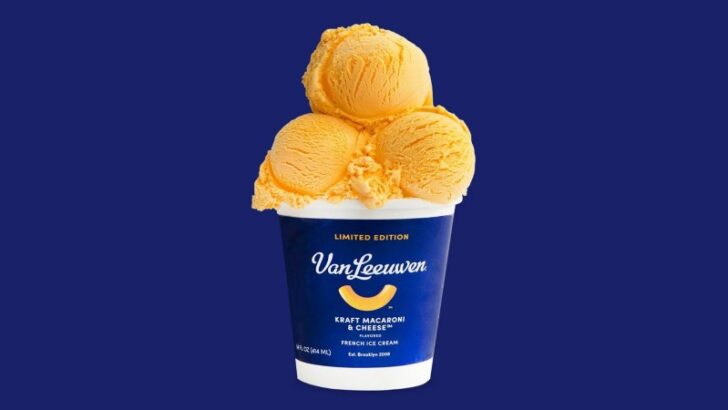 Let’s face it, Kraft Mac and Cheese ice cream became available today, and the world is forever changed. This is the ice cream flavor that always needed to happen, but when you’re chomping down on those striking, ostentatious flavors, it can be tough to pick up a controller and take on the video game scene. That’s why I’ve painstakingly assembled a list of games you can play right now that let you take your time between actions; time spent dipping into that new king of all ice cream.

Mint chocolate chip? A distant memory. Vanilla? Unbelievably pedestrian. No, as gamers, we eat like kings – and now our true liege has arrived. I can’t wait to festoon myself with all the trappings of this legendary confectionary concoction as I enjoy some games. Now, since I won’t be able to hold a controller or do anything that requires any sort of twitch reflexes because I’ll have a glistening spoon in my hand delivering a potent cheesy, creamy innovation into my face, I’ll have to pick turn-based titles or things that give me some time to think between moves. So what’s on the menu?

Think fantasy pop-up book Dungeons & Dragons meets XCOM, and you’ve got the essence of what Wildermyth is. Not only does Wildermyth feature creative combat that lets you exercise your brain a bit, but it also features a procedurally generated story that’s different every time you play a campaign.

Maybe your main character will slowly transform into a wolf. Maybe you’ll side with some Hill Spirits and turn into a golem. Or maybe you’ll just get invaded by a bunch of enemies, bite off more than you can chew, and find yourself starting a new campaign with new characters. No story is the same, but Wildermyth won’t leave you hungry for engaging gameplay or cool adventures. You can check out Wildermyth on PC.

If you’ve ever tried Hearthstone Battlegrounds, you know that it’s a pretty cool take on the auto chess/auto battler genre. Storybook Brawl makes some interesting, nuanced changes in that space, letting you cobble together a crew forged from fables and myth.

Whether you choose to employ monsters, cute animals, or princes and princesses is up to you, and you can also augment your armies with magic spells and artifacts that add a good deal of oomph to the already existing auto battle formula. Storybook Brawl is available on Steam Early Access as it heads toward a wider launch.

I’ve already said a bunch of great things about this game, but I’m more than happy to add some more. Combining this gene-splicing collection romp with some delicious cheesy ice cream is achieving gaming nirvana. Make yourself the perfect Khezu, the coolest Nergigante, or the most aloof Bidoof. Wait. Bidoof is in another game. I bet Bidoof freaking loves ice cream, though.

Take your time as you set up massive anime team attacks and farm bottle caps to expand your monster empire in this turn-based take on everything that makes the core Monster Hunter games great. Also, there are many terrible puns and cat references, so this is pretty much the ultimate meme game to pair with our favorite frozen treat. You can play Monster Hunter Stories 2 on Switch or PC.

Alright, so the strategy with this one is that you’re not actually going to play the game, so you can just rip into that mac and cheese infused creation with all the lithe fervor of Drizzt Do’Urden himself. See, it’s meta. This selection is the only one that really lets you completely focus on the cheese.

You can imagine all of the Forgotten Realms in their glory in your mind as your tastebuds explode in joy.  It doesn’t matter what platforms this one is on because for this particular tactic you don’t even have to load the game. Now that’s what I call rolling a natural 20!

What’s better than watching a minuscule character do laps around a loop while you chow down? Answer: Not much. Set up your warrior, rogue, or necromancer to do their thing: rip around in circles and power up to take on the big bosses.

It’s all automated; you don’t even need to fight! Just switch out your gear and abilities between scoops, and you’re good to go. Okay, maybe you’ll have to drop some buildings too. I wonder if you can combine a vampire manor and a treasure tile to make an ice cream shoppe? I bet you can. I’m gonna try it right now. You can check out Loop Hero on PC!

What games do you think would pair well with two goopy scoops of the ultimate mac and cheese ice cream? Let us know in the comments!