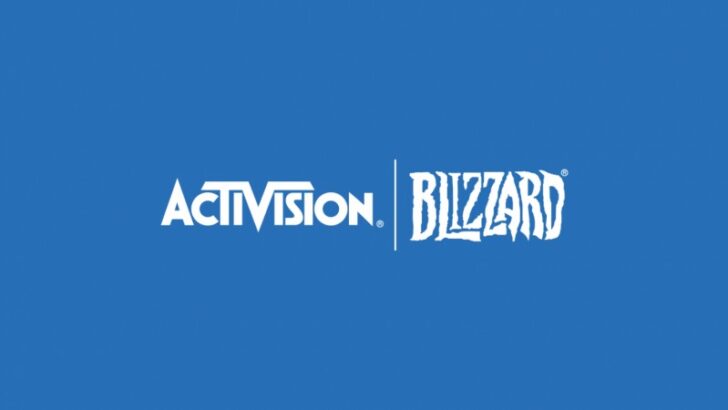 Activision Blizzard has announced that it has converted all U.S.-based quality assurance testers to full-time employees, giving them access to full benefits and hourly wage increases.

This news comes by way of CharlieINTEL on Twitter, which posted a statement from Activision Blizzard and an internal company email in regards to today’s news. In the statement, it’s revealed that nearly 1100 QA team members in temporary and contingent roles – contract – will be converted to full-time employees starting July 1. The minimum hourly rate for these employees will be increased to $20 an hour, effective April 17 and they’ll gain access to full company benefits and the opportunity to participate in Activision Blizzard’s bonus plan.

This news comes months after 34 Raven Software QA employees attempted to unionize after weeks of striking in response to the workers laid off there, and general contractor treatment, in December. Raven Software asked Activision Blizzard to voluntarily recognize this union by January 25 but hours after the deadline, an Activision Blizzard spokesperson said it had declined to do so, citing that the two parties could not reach an agreement. You can read more about that here.

“Across Activision Blizzard, we are bringing more content to players across our franchises than ever before,” an Activision Blizzard spokesperson writes in the statement regarding today’s news. “As a result, we are refining how our teams work together to develop our games and deliver the best possible experiences for our players. We have ambitious plans for the future and our Quality Assurance (QA) team members are a critical part of our development efforts.”

“During the last two years, Call of Duty has expanded and evolved,” Taub writes. “Our development cycles have gone from an annual release to an ‘always on’ model. In response to greater engagement, we’ve increased our live services business across all platforms. Our offerings now encompass season passes, operators, and the awesome content available in our stores. We’ve also grown our workforce and support across our studios, along with exciting new plans on mobile.

“In light of these changes, and as we look to our ambitious plans for the future, we are further refining how our development teams work together. QA is, and continues to be, critical to our development success. We have amazing QA teams in place that work hard to ensure our players have the best possible gaming experiences – thank you! I’m pleased to announce that we are converting all US-based temporary and contingent QA workers to full time employees (FTEs). We are increasing their hourly rate to a minimum of $20/hr and providing access to full company benefits, and they will be eligible to participate in the company’s bonus program.”

Elsewhere in the email, Taub says that as Activision Publishing anticipates the ebb and flow of workloads associated with the Call of Duty franchise, the company is adding “extra support for our team from external partners,” citing that “this is a long-standing studio and industry practice that will give us more flexibility and capacity to support the business needs and enable our internal teams to focus on the results that most impact our business.”

Head of Blizzard Mike Ybarra also sent an internal email to employees in regards to the news, citing that over the last six months, his team has engaged with its QA team to determine a “philosophy” about contract and full-time roles.

“Some time ago, QA leadership started shifting their approach to staffing the team, converting more temporary and contract workers (TEAs) to full-time employees (FTEs), and using partners to support short-term spikes in workload,” Ybarra writes. “Today, this shift in approach is culminating in a conversion of all of the remaining U.S.-based TEAs/contractors in QA – more than 90 people across Irvine, Austin, and Albany – to FTEs. We’re also increasing the minimum hourly rate for QA to $20/hour, and they will be eligible for our bonus program and increased benefits.

“We have amazing QA talent, and I’m very happy to make this change so that we can focus and deliver for players around the globe.”

Editor’s Note: This story has been updated to include context regarding a unionization effort at Raven Software that occurred in January.