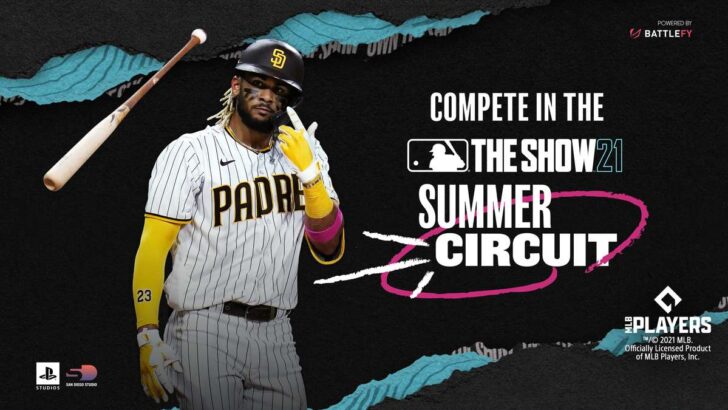 Get ready to show off your Diamond Dynasty squad in MLB The Show 21‘s first competitive cross-platform tournament circuit. Everyone who plays all their matches on day one wins Stubs, and we’ve got even more prizes on the line for our elite competitors.

The cross-platform Summer Circuit is available to those 18+ in the U.S. and Canada and offers three Open Qualifiers ahead of the Grand Finals, giving fans plenty of chances to compete.

The first qualifier begins July 24, the second qualifier on August 7, and the third qualifier on August 21.Participants will compete in a Swiss tournament system through the qualifier rounds on day one. Day two will feature a single-elimination bracket with the top players competing from day one.The Grand Finals will feature a single-elimination bracket format featuring the top 64 players from the Open Qualifiers.

The Summer Circuit is open to all eligible participants and every player can qualify for the Grand Finals and earn a shot at $25,000 USD in total cash prizing, Stubs, as well as MLB merch prize packages (see official rules).

For the Grand Finals, the top four competitors will play on the San Diego Studios Twitch channel. The winner will bring home $15,000, a $1,000 MLB Shop digital gift card, one game-used ball from Home Run Derby, and 1,050,000 Stubs!

To register and view all the unique prizes you can win during the Summer Circuit head over to Battlefy. Additionally, make sure to check out TheShow.com for more details on the game and tips to help you be the best in the Summer Circuit.

Preload your throw by holding down the corresponding base button you think you’re going to throw to. This will also make it easier to set up a double play.Know and focus on each pitcher’s release point to gain reaction time.Make use of your bullpen. Once your starting pitcher is almost out of energy, pause the game, go to the Manager option, then to your bullpen, and start getting your relievers warmed up. Swapping pitchers from the bullpen into the game at the right time could make all the difference.

Go sign up now, and good luck this Summer!