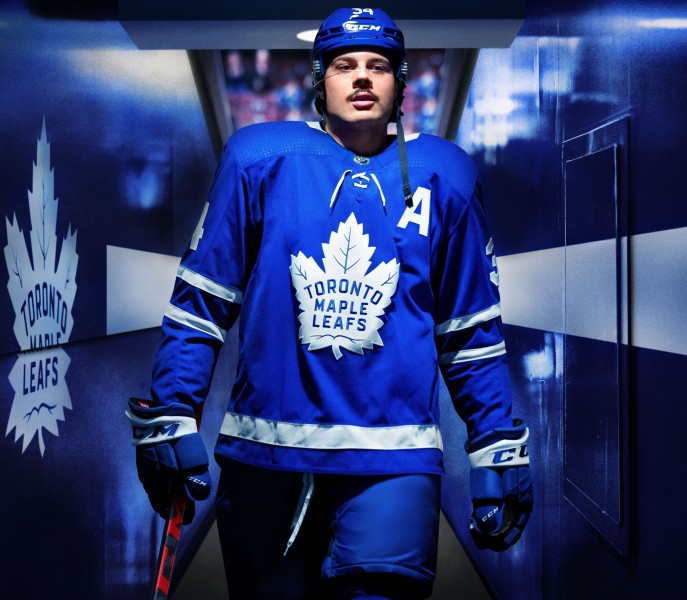 After making his cover debut on NHL 20, Auston Matthews is once getting the honor for NHL 22. Today, EA Vancouver revealed that the Toronto Maple Leafs forward is this year’s cover athlete, and it’s not unwarranted, thanks to the big year Matthews just had.

We usually don’t see a repeat cover this quickly, but Matthews is coming off an incredible season, scoring 66 points in 52 games and winning the Rocket Richard Trophy for being the top goal scorer in the league. The Leafs’ disappointing playoff run aside, Matthews is always fun to watch, as he’s one of the most creative and dynamic players in the game.

“Since gracing the cover in NHL 20, Matthews has firmly established himself as one of the top goal scorers and personalities in the league,” says NHL 22 producer Clement Kwong. “As an NHL superstar, he’s a new generation of player, pairing size with speed, strength with skill, and stache with style.”

For NHL 22, EA Vancouver is propping up its top-tier talent, using inspiration from the Madden series by adding X-Factors to the game. You can find a full breakdown of this feature and how it will impact the game in our preview here. Given this focus, Matthews seems like a fitting cover athlete to usher in the new feature, which EA Vancouver says will finally change the metagame.

NHL 22 hits the ice on October 15 for PS5, Xbox Series X/S, PS4, and Xbox One. This is the first year, EA Vancouver is creating the game for new-gen consoles and finally making the move to EA’s Frostbite engine for both console generations.

At launch, there will be two editions: Standard and X-Factor. The special X-Factor edition grants you dual entitlement allowing you to upgrade to the PS5 or Xbox Series X/S version for free and three-day early access before lauch. You also get a bevy of HUT packs, hockey bags, and even X-Factor zone ability unlocks for CHEL. Pre-orders are now available for both versions.