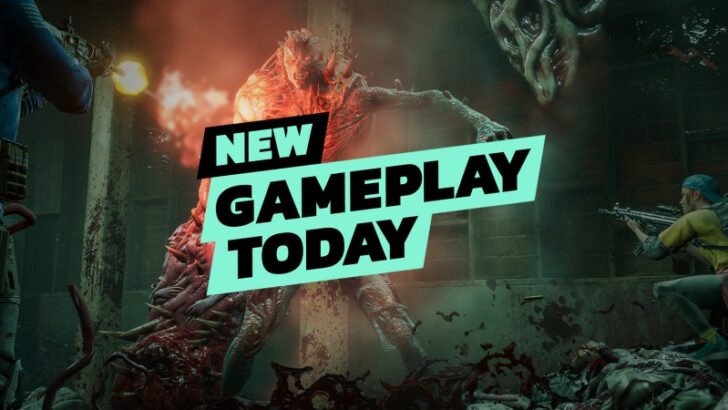 While there have been plenty of great co-op PVE games in the years since we last took on the undead in the original Left 4 Dead, Back 4 Blood presents an exciting proposition for those looking to relive the glory days of zombie slaying. Developer Turtle Rock Studios comprises many of the folks who worked on the original game and are now looking to bring the undead fun to a new generation of gamers. Now that the Back 4 Blood early access beta is finally here, fans will finally get to see a fuller picture of Turtle Rock’s vision and get to play not only a new campaign level but the PVP mode as well.

Speaking of which, if you’re excited to square off against human-controlled Ridden (the infected’s name in B4B), then we have a treat for you. Join The Council of Alexes (Stadnik and Van Aken) as they dive into the game’s versus mode and show off new footage from its current beta!

Versus features the aforementioned zombies fighting against player-controlled Cleaners in a battle to see who can survive the longest. Each time will get a chance to play as both sides in three rounds of intense combat. Before the fighting begins, those playing as Ridden will be able to not only choose from a selection of Tallboys, Stingers, and more but also be able to boost the common hoard and upgrade some beneficial abilities.

The Cleaners, on the other hand, are tasked with selecting their card abilities and scavenging the map for more ammo, better weapons, and helpful tools that will allow them to last as long as humanly possible before the battle royale-like circle swallows them or your zombie opponents take you out first.

Are you excited for Back 4 Blood but didn’t get into the early access period? Turtle Rock is also hosting an open beta session from August 12-16 for PlayStation, Xbox, and PC ahead of the game’s October 12 release date!