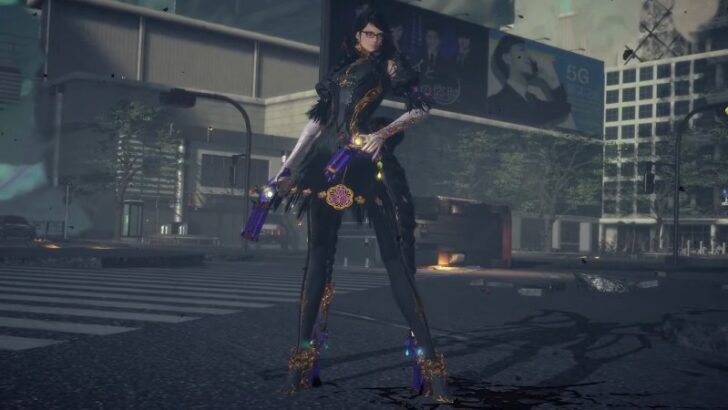 Today’s Nintendo Direct concluded with the long-awaited return of Bayonetta 3. First announced in 2017, the game has been largely radio silent with many fans fearful for its status. Today we got a first look at gameplay as well as confirmation that it’s launching exclusively on Switch in 2022.

As has become her custom, Bayonetta returns sporting yet another new, though technically familiar, hairstyle. Fans will recognize her twin ponytails as the same look sported by Cereza, the young girl from the first game and Bayonetta’s younger incarnation. The trailer starts with a clever fake-out by having Lappy, the canine mascot from Platinum’s other action game Astral Chain, appear to seemingly stop a giant monster from destroying the city. While we thought this signaled a sequel to that game, Bayonetta swoops in to make the real save.

Combat looks as flashy and frenetic as fans would expect, though Bayonetta now has the power to summon a Godzilla-esque Kaiju out of hair. This leads to a titanic showdown between her monster and the invading creature, presumably some sort of angel. The trailer concludes with a tantalizing tease of a mysterious male swordsman.

So there you have it. Bayonetta 3 is indeed a real video game. Tell us if you think it makes a good first impression in the comments!