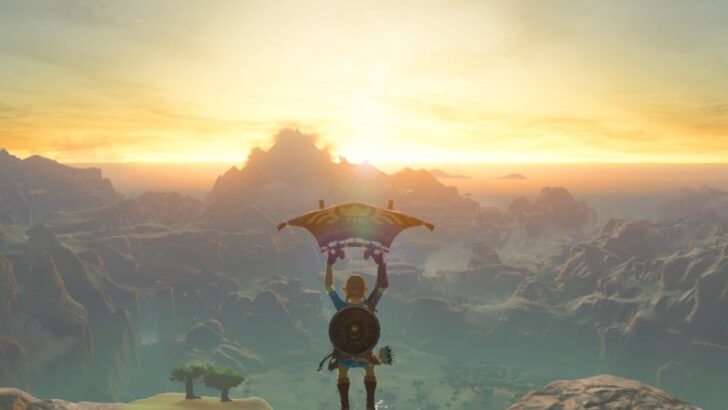 Breath of the Wild has been out for a little over four years. As one of the definitive open-world RPG experiences of the past decade, the latest chapter in the Legend of Zelda series has redefined game immersion and true sandbox autonomy. Even now, players continue to find new mechanical secrets that lie dormant in the physics system and miscellaneous activities. For instance, a bevy of wild trick shots are still being uploaded to Twitter – Guardians being launched in the air and headshot across the map with arrows or lynels taken down with incredible ease. Yesterday, another exploit was discovered. However, instead of weapons, it relies on food items, spicy peppers, to be exact.

Reddit user tetr4_hc posted a clip showing how simply dropping and attacking three spicy peppers can give Link up to three updraft boosts. First, the player procures the peppers from his bag; then, he drops them just by Link’s feet. tetr4_hc activates Revali’s Gale, which magically manifests an updraft instead of the normal means of gliding over a manufactured fire. When the wind carries Link and the peppers up, the player shoots the spicy items with fire arrows – twice – to gain double the height. Based on the footage, you’ll really be able to get to some incredibly high-altitude locations. Maybe some of those impossibly tall Sheikah Towers in the early game will be more accessible. And if three wasn’t enough for you, tetr4_hc uploaded a YouTube video where he used 30 spicy peppers! You can watch that below.

The Breath of the Wild sequel got a gameplay trailer during Nintendo’s E3 Direct showcase. Link is back, albeit with wavy hair, and a range of new abilities that include slipping through solid structures to get to platforms or other navigable spaces – the highly-anticipated adventure releases in 2022. Until then, check out my argument for why the Princess Deserves Her Own Game and let us know if you’re going to try tetr_hc’s exploit in the comments section!