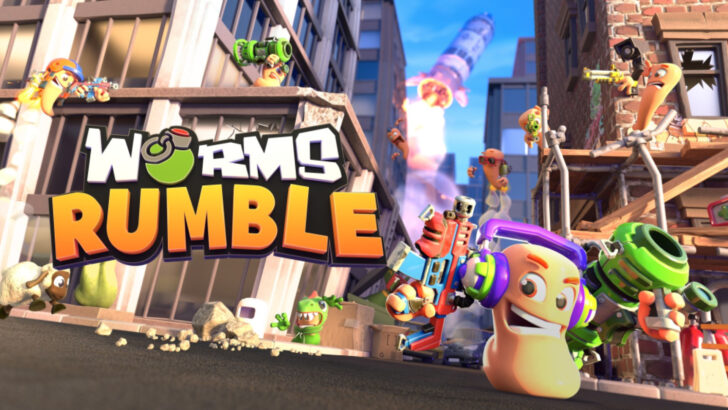 June has been quite a month for Xbox Game Pass, but we’re not done yet! At the Xbox & Bethesda Games Showcase last week, we revealed a ton of new games coming day one, and in case you missed we’ve got a new Play Day One page to keep track of them all! Let’s get to even more games that are coming soon!

Worms Rumble is Worms like you’ve never played it before, with intense, real-time, arena-based 32 player cross-platform combat. Get ready for multiple game modes where you’re only ever a Holy Hand Grenade away from death!

Iron Harvest (PC) – June 24
Iron Harvest is a real-time strategy game set in the alternate reality of 1920+, just after the end of the Great War. The game lets you control giant dieselpunk mechs, combining epic single-player and co-op campaigns as well as skirmishes with intense action on the battlefield for multiplayer fans.

Feel the thrill of the chase and the rush of escape in Need for Speed: Hot Pursuit Remastered, coming June 24 with Xbox Game Pass for PC and Ultimate via EA Play. It’s time to reignite the pursuit.

Gang Beasts is a silly multiplayer party game with surly gelatinous characters, brutal slapstick fight sequences, and absurd hazardous environments set in the mean streets of Beef City. Customize your character and fight enemies in the melee game mode or fight with friends against the gangs of Beef City in the gang game mode.

Immortal Realms: Vampire Wars (Cloud, Console, and PC) – July 1
Immortal Realms: Vampire Wars is an engaging strategy game set in a dark vampire world in turmoil, combining empire management and turn-based combat with unique card-game elements. Descend into a mythical world filled with horrors and legends – and hurl yourself into a compelling gothic epos paired with a challenging game experience.

Limbo (Cloud, Console, and PC) ID@Xbox – July 1
Limbo is an award-winning indie adventure, critically acclaimed for its captivating puzzle design and immersive sound and visuals. Its dark, misty spaces and haunting narrative will stay with you forever.

In case you didn’t get to tune in during the Xbox & Bethesda Games Showcase last week, here’s a preview of some games coming your way on day one!

In Medieval Dynasty, you take on the role of a young man who has fled from war and wants to take his fate into his own hands. From being alone, inexperienced, and poor you will develop into a master of many skills, a leader of your community and the founder of a prosperous dynasty which is meant to last and thrive for generations to come.

Black Desert x Bugatti Event – Until July 7
Enjoy the collaboration of the Black Desert and Bugatti through the special quests and branded accessories. Get precious rewards to increase the speed of the mount by completing quests. Also check out the items with the Bugatti brand in the shop as well. Bugatti Chiron Outfit Set, Bugatti Chiron Horse Gear Set, Bugatti Earrings for men, and Dancing Elephant Earrings for women are available. Learn more here!

Microsoft Flight Simulator World Update V: Nordics – Available now
The virtual world in Microsoft’s Flight Simulator is getting its latest major update, one with a focus on Europe’s Nordic countries of Denmark, Finland, Iceland, Norway, and Sweden. Renowned for its natural splendor and architectural wonder, this region has been rendered in its most realistic fidelity yet in World Update V: Nordics.

Minecraft: Sonic the Hedgehog DLC – Available now
Xbox Game Pass members save 10%! Sonic the Hedgehog races into Minecraft at supersonic speeds! Sprint, roll, and spring off enemies through iconic zones, with epic gameplay.  You can also explore a limited time in-server event with The Hive and get a free Sonic 30th Anniversary garment skin! Stay tuned for more news from the @Minecraft Twitter feed.

NBA 2K21 Season 8: Trial of Champions – Available now
As the battle for supremacy heats up in the NBA Playoffs, MyTEAM is taking the Trial of Champions to the virtual hardwood. In Season 8, six NBA stars will enter in the Game of Rings and compete in Limited to see who will reign supreme. Defeat new challenges and agendas on your way to Level 40 or recreate a pivotal moment in Kevin Durant’s career in the Season 8 Signature Challenge.

We are keeping the train of brand-new Perks rolling! Check out some of the latest free content and offers we have available for our Ultimate members below, and don’t forget to claim your Perks on your Xbox console, Xbox App on Windows PC, and the Xbox Game Pass mobile app for iOS and Android.

Space Jam: A New Legacy – The Game – July 1
Play as LeBron, Bugs, and Lola as they face the Goon Squad in a wacky basketball beat-em-up! Claim between July 1 and July 15 to get exclusive early access and play the full game through Xbox Game Pass Ultimate Perks.

Phantasy Star Online 2: New Genesis – June Member Monthly Bonus – Available now
Jump into the all new PSO2 New Genesis with some items to give you a hand! N-Half Scape Dolls (x5) to help revive you during intense battles, and Photon Chunks (x50) to strengthen weapons and units.

Summer is in full swing! Sports and Pride-themed Quests give you lots of gaming opportunities to earn points you can redeem for Rewards like more Xbox Game Pass (make sure to redeem all quests by July 5!). The daily Game Pass mobile log in Quest continues to reward you 20 points each day that you log in from now until July 5.

There’s some time left to get back into these games before they leave on June 30! If you aren’t ready to say farewell, you can use your member discount to save up to 20% and keep them in your library.

It’s been an eventful month so far – more than 20 games announced coming day one with Game Pass!. If you aren’t a member yet, remember you have until June 30 to get your first 3 months of Ultimate for $1. Plus, be sure to follow us on @XboxGamePass and @XboxGamePassPC for updates as these games are available. See you in July!