Cook, Craft, and Battle in the Tales of Arise Demo 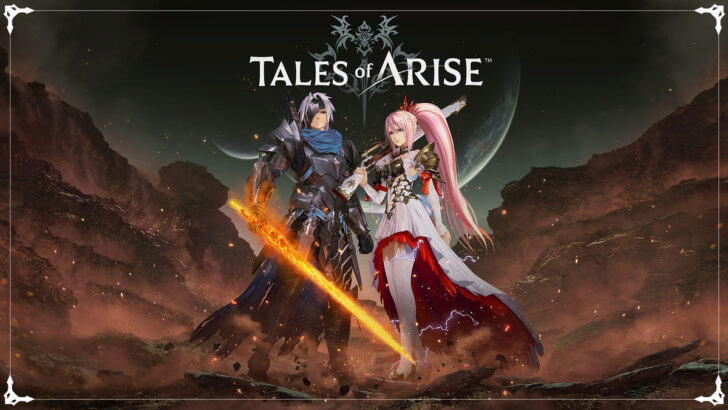 All 6 playable characters are available to try out in the demo: Alphen, Shionne, Rinwell, Law, Kisara, and DohalimEach character has a unique Boost Attack to help you defeat enemy types that you’ll encounter.Get the demo to unlock a special Hootle Attachment for the full game out on September 10, 2021.

Get a glimpse at a story of liberation and encounter strategic gameplay scenarios with all six playable characters in the Tales of Arise demo, available now for Xbox One and Xbox Series X|S, in this next chapter of Bandai Namco Entertainment’s renowned Tales Of series. Here’s a quick preview of what you’ll see and experience in the demo’s preview of the story and gameplay.

Featuring a cast of six diverse characters as your playable party who each possess unique artes, perks, and gameplay elements for you to skillfully learn! Start the demo with any character and switch between different ones during combat to try different styles of gameplay or utilize a new combat element, Boost Attacks.

Alphen: Deal break damage by swinging his fire swordShionne: Strike down aerial enemiesRinwell: Steal arcane artes and prevent enemies from castingKisara: Block enemies’ charges and knock them downDohalim: Ensnare enemies which will help with faster enemiesLaw: Break through enemies with shields or armor

Strategically use these Boost Attacks in battle to overcome powerful foes and find your path to victory. Combine attacks and inflict a significant amount of damage in battle, you might unlock special Boost Strikes to deal an immense blow to your enemies!

When enemies are low on health and the battle is in your favor, team up with other party members to execute a devastating Boost Strike, which is especially helpful in encounters with giant enemies or bosses.

Giant enemies are high in difficulty but can also drop rare items and a lot of experience points for your party to make it worth your time! In the Tales of Arise demo, your strength will be tested against the Gigant, a giant zeugal. Pro tip: if you’re having trouble winning against the Gigant, go to camp to cook a meal for buffs and recover your CP (Cure Points).

You may notice a new meter in the demo for CP. These points can be used to recover the health of your party but use them carefully! CP does not restore over time; instead, rest at camps or inns, or use consumable items to restore them. To be in optimal condition for battle, make sure your CP is topped off before facing tough enemies.

For longtime fans of the series, beloved features like cooking and crafting have been developed even further for a deeper experience! Gather fresh ingredients throughout the map to cook different meals at camp. Need a specific type of buff for an extra edge in combat? Cook certain meals and temporarily gain that buff to improve your abilities in battle — depending on who cooks, there may be additional effects! You might even unlock a unique skit with the right combination.

By gathering certain ores throughout the world of Tales of Arise, you can also craft different items and forge accessories in the demo. The grade of the ores effects the number of bonuses you’ll receive, so keep an eye out for rare ores to craft even better accessories!

Download the demo to get a special Vacation Hootle DLC to use in the full game when Tales of Arise arrives on September 10! Pre-order and receive the Pre-Order Bonus Pack, which includes unique costumes for Alphen and Shionne, 4 special recipes, and ingredients to kick off your journey with powerful buffs (and a full belly).

☆☆☆☆☆
14
★★★★★
Get it now
Play a portion of Tales of Arise for free! Discover brand-new elements, as well as old favorites that have been refreshed, as you explore a part of the world from the full game.

• Thrilling Battles Return
Team up with a cast of charming characters and engage in battles together. The series’ trademark action RPG combat returns as you engage a host of enemies with unique traits to uncover and exploit. Combine forces with your allies using Astral Artes and other attacks to take down even the fiercest foes roaming Dahna with big, hard-hitting combos!

• Freely Explore Dahna
Venture through a lush world brought to life by the game’s Atmospheric Shader. Get into spirited conversations with other party members as you roam from place to place, leveling characters up and gathering items along the way. When you need some down time, set up camp in the great outdoors and cook delicious meals for your party to eat. In Tales of Arise, many series staples fans have come to know and love are back and are even more plentiful and varied than ever, just waiting to be unearthed!

*The contents of the demo have been edited and differ from the final game.
*Some features are unavailable in the demo.
*Progress and character levels do not carry over to the full game.