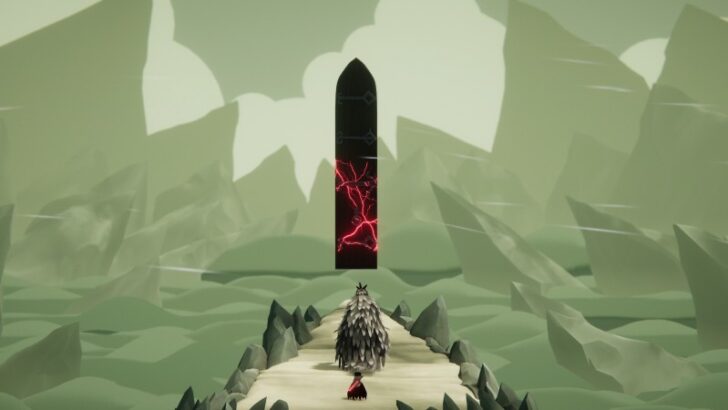 Rating: Everyone 10+
Reviewed on: Xbox One
Also on:
Xbox Series X/S, PC

Death is one of the few things we all have in common. We all experience death sooner or later, and that can be terrifying because we don’t truly know what awaits us on the other side. Salvation? Oblivion? Death’s Door offers an amusing interpretation of death by framing it as a boring, day-to-day business run by crows. While some of the crows may not find much enjoyment in their work, playing Death’s Door couldn’t be further from their dull reality. It’s an entertaining and engrossing action-adventure romp that you’d do well to enjoy before your time is up.

As a young crow and a rookie reaper working for this morbid organization, your task is to retrieve one particularly large soul. Once you do, however, it’s promptly stolen by a mysterious figure. The soul’s recovery is paramount because while the crows are immortal in their home dimension, traveling to the living realm leaves them vulnerable to aging and death, and they can’t return home for good until the job is done. While this recovery mission of why your soul was taken is a good hook on its own, the story quickly expands into a larger, more compelling mystery revolving around figures who have cheated death for ages and the true meaning behind your work.

Relieving bad guys of their souls is a fun, strategic dance of dealing simple close-range combos and rolling to evade, all while chipping away at their health from afar using your bow and ranged spells such as a fireball. When it comes to attacking at a distance, you have a limited number of shots, but ammo refills with every successful melee strike. I love this system as it kept me from leaning on ranged attacks as a crutch and forced me to get my hands dirty. It also rewards that aggression by renewing your chances to back off. Tight controls allow for smoothly dealing attacks after making split-second dodges, and that maneuverability becomes swifter by spending skill points.

That sense of risk versus reward extends to refilling health. Throughout the environment, you collect flower seeds, and when you plant them in scattered pots, they bloom into permanent health stations. However, you have a limited number of seeds, depending on how thoroughly you explore, so deciding which pots to plant requires serious thought. The choice of healing now or waiting until I visit a pot I’m more likely to frequent gives the design a fun element of risk and improvisation as I’m effectively creating my own safe zones.

You can mix up combat by finding hidden weapons such as daggers that trade power for slightly speedier combos or a mighty hammer that channels electricity. While these alternatives feel fine in battle, the differences between them and your standard sword are negligible. I happily stuck with the sword for much of my adventure. Thankfully, the same can’t be said for your arsenal of spells, all of which feel useful. A chain hook attaches to foes so you can quickly zip in their face and close the gap. I smiled every time I lobbed a bomb-like fireball and watched it obliterate multiple targets in short order.

Combat encounters are often challenging, especially when an assortment of baddies swarms you, forcing you to use every trick you have to survive. That includes using their own abilities and the environment against them. Many projectiles can be deflected back to the sender or to their buddies. Arenas sometimes contain hazards such as laser turrets or plants that fire mortar-like exploding gas bubbles that, with the right positioning, can easily clear entire mobs. Death’s Door does a great job encouraging players to work smarter and not harder to overcome its occasionally overwhelming combat challenges.

The handful of major boss battles against beings who have lived far beyond their natural life cycle are fantastic and are my favorite confrontations in the game. These epic bouts pushed me to use my full suite of abilities, and the giant armored frog who gradually destroys your small platform with each hop was a particular standout. The final boss battle, in particular, plays out as a neat amalgamation of every obstacle you faced before, offering an entertaining final exam of everything you’ve learned. In a great touch, enemy bodies accumulate scratches and cracks to indicate damage status, which is way cooler than a plain old health bar.

Your journey to retrieving your wayward soul involves exploring pretty, visually distinct areas such as seaside docks, an eerie-yet-opulent mansion, and a forest-covered temple. I also like how the living world’s color contrasts with the noir-esque greyscale of your otherworldly headquarters. Areas are littered with enemies, tons of secrets, and hidden paths that lead to goodies such as new weapons, flower seeds, collectibles, and vital souls used to purchase stat upgrades. You can even find hidden bosses that bestow powerful upgrades to your spells.

Many areas are ability-gated; I’m sure you can connect the dots on what a cracked wall or unlit torch requires. Other environmental puzzles and secrets require more observational skills, such as spotting discreet hedge maze entrances or using a bathroom floor’s reflection to find a concealed door. Death’s Door’s world feels like a living puzzle that I was always chomping at the bit to fully unravel. Plus, some of its coolest mysteries don’t reveal themselves until after the credits roll.

Despite their long association with death and the macabre, crows are clever animals known for their funny behavior; the game’s tone sports a similar playfulness. Your quirky co-workers include a typing-obsessed data entry worker elated to generate all of the paperwork your adventure creates. A passionate bard tags along for a period in search of inspiration for a wacky song, the quality of which I’ll leave you to judge. A jovial knight cursed with having a stewpot for a head is bluntly, but hilariously, named Pothead.

Death’s Door is more lighthearted than it looks, and that’s to its benefit. These amusing moments complement weightier themes about respecting the dead (no matter how terrible they were in life), the fear of death’s inevitability, and whether anything we accomplish truly matters when our time is limited. Death’s Door isn’t the most profoundly written story, but it handles these sensitive topics well. My favorite moments, outside of the moment-to-moment action and exploration, are when it reminds us that death isn’t something to be feared. Rather, it’s just a necessary step in the cycle of life; a cycle that cannot exist without it.

Summary: Death’s Door marries fine-tuned hack n’ slash action with a cool world ripe with secrets to unravel. The result is an entertaining, densely-packed trip to the other side.

Concept: As a reaper of souls working for an organization of crows, you must recover a stolen soul while unraveling a mystery surrounding figures who’ve lived for centuries

Entertainment: Death’s Door presents a compelling world begging to be explored until every secret is found alongside satisfying combat and intriguing lore