Destiny 2: The Witch Queen Reveal Watch Along With Game Informer 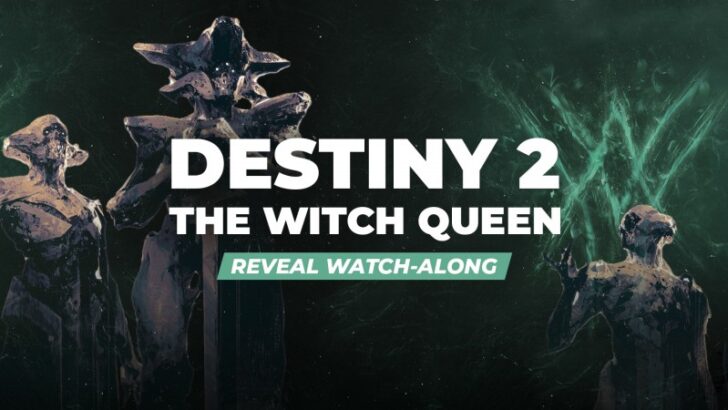 Today is the day! We are finally learning what Guardians can expect from Destiny 2 Season of the Lost and The Witch Queen expansion and just who Savathun has been masquerading as whilst roaming the City. The studio shared a brief teaser video that showed off a readied Savathun in all of her hive god glory earlier this week, and now it’s time to officially see what’s next! With Season of the Splicer teasing her invasion into the City, Season of the Lost will take that revelation and run deep into the Darkness with it.

Following an earlier teaser that showed Mara Sov, the Awoken queen and sister to Uldren Sov, who is now The Crow, would be making a return, the team behind the space shooter took it one step further with a creepy video of Savathun emerging from what looks like her Throne World. We confirmed that Sov was still alive with Petra Venj using the Oracle Engine, and now it looks like we may be helping her purge the Dreaming City of its curse.

To ring in the next phase of storytelling, we brought in a few other Guardians to help us with the latest Bungie showcase! We’ve got our tinfoil hats ready, so join Liana Ruppert (@DirtyEffinHippy), Steve Saylor (@SteveSaylor), and Damien Gula (@PastorDame) as we see which of our theories were correct whilst screaming about Osiris’ being super sus.

For those joining us, here’s what we know so far: The Witch Queen expansion will center around, you guessed it, Savathun following Season of the Splicer and Chosen, where her influence could be heard through her song. Splicer also saw the revelation that Savathun has been inhabiting someone notable in the City. If you’ve been following my coverage, you know that I’m more than convinced that someone is Osiris. Given his odd behavior in Splicer’s epilogue, I am more than confident wearing this tinfoil hat as we go into the full reveal today on August 24.

The showcase will be going down on August 24 at 9 a.m. Pacific. We’ll be doing a live watchalong with our community here at Game Informer on our official Twitch channel, so come hang out with me and scream into the Void as we see if I was right all along or if I’ll need to hang my head in shame.