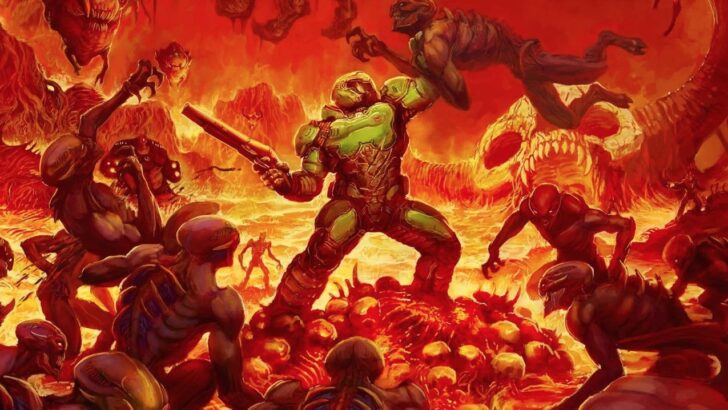 With DOOM 64 thrown in for good measure.

If you like the DOOM series and capitalised game titles, then the Switch certainly has you covered. Nintendo’s little system has kept up with the recent – rather good – re-releases of the older titles, and has even had very solid versions of the most recent demon slaying epics.

Ahead of Quakecon, however, it does seem that Best Buy has dropped a reveal (hat-tip to VGC). It’s listed Doom Slayers Collection for a 2nd September retail release on Nintendo Switch; this is a bundle that’s previously arrived on PS4 and Xbox One. Based on the listing, though, the Switch will have the series’ N64 entry thrown in, which wasn’t included in the Sony and Microsoft iterations.