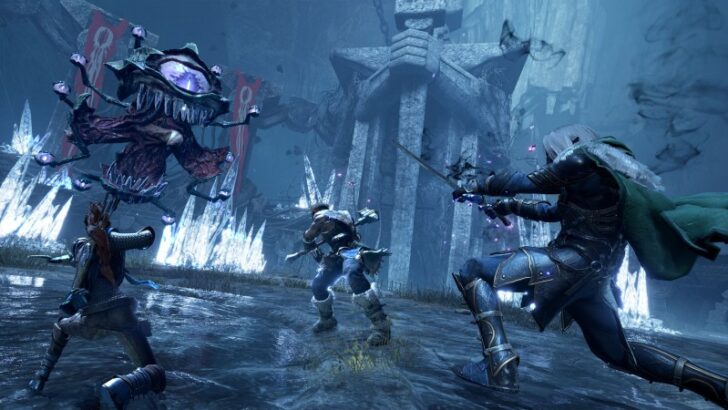 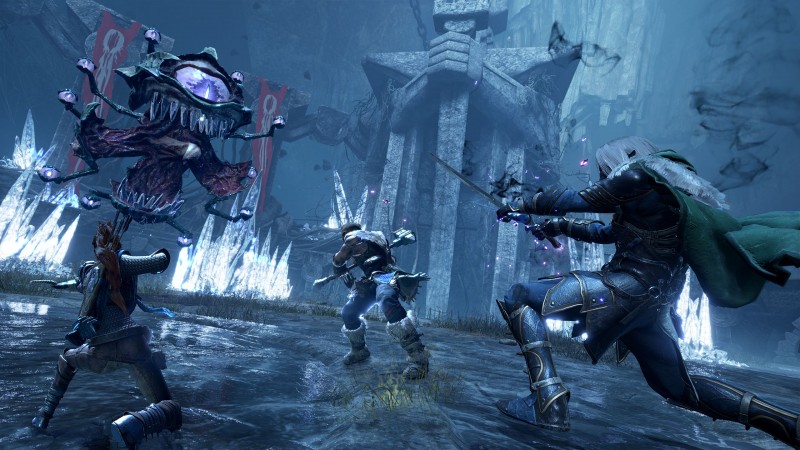 Wanting something to be good doesn’t make it so. I have a deep enthusiasm for the D&D tabletop game, fond memories of the R.A. Salvatore-penned novels that introduced these characters, and I was even excited about the revival of the cooperative Dark Alliance title from 20 years ago – I am the target audience for this fantasy action/RPG. Those preconditions are enough to make Dark Alliance a passable adventure in its early hours, especially when enjoyed with friends. But the deeper I played, the more the level design, character progression, cooperative elements, story, and combat mechanics began to fall apart, leaving the outline of an engaging adventure, but with few of the requisite features to fill in the middle.

The original Dark Alliance offered an isometric adventure in the vein of Diablo, but this new incarnation switches to a more engaged third-person perspective, with a big focus on stringing together combat moves, dodging out of danger, and even jumping and traversal elements. I like the emergent approach to attacks, which encourages players to combine light, heavy, and special moves to create their own favorite assaults. Unfortunately, the fundamentals of a tight melee exchange aren’t there. Hit detection is dicey, and bad physics lead to weird moments, and even insta-death for both you and enemy minions and bosses. Characters feel unwieldy and sluggish, refusing to break out of certain animations, and take too long to drink life-saving potions. Stagger mechanics regularly take away control, leading to a sense of frustration and powerlessness as the bad guys rail on your unresponsive hero.

Levels are large and have lots of optional paths full of extra treasure, and I enjoy the variety of environments to discover over the course of play. But some sequences are meandering, with more than a little backtracking. And some are simply too long, especially since the game doesn’t allow for drop-in play during missions. The burden of these longer quests is at odds with the casual hack-and-slash feel of the broader game. The enjoyability of the levels is also held back by lackluster visual fidelity on most characters, environments, and monsters; everything lacks the coat of polish needed to compete in the current landscape of remarkably beautiful games.

Multiple selectable difficulties before each mission allow for proportionately higher rewards in gold and equipment. And I quite like the “push your luck” mechanic during a mission, where you can forgo short rests to boost your gear rarity. However, all but the lowest challenge levels are effectively inaccessible to solo players, as the game is clearly balanced with cooperative play in mind. That’s well and good if you’ve consistently got a group of two or three friends at hand, but you’re in trouble if you don’t. The online matchmaking is a mess, frequently failing on a technical level to make a connection. When it does match, there are almost no options for how to cater the group to the challenge or level that each player needs, so potential squadmates are often rightfully dropping to try and find a group that matches their goals.

The matchmaking problems and failure to balance for solo play have a cascading negative effect on progression. The quality of your equipment eventually plateaus, since higher tiers of gear only show up in higher difficulties, and those difficulties offer constant one-hit kills from enemies, especially since your gear is too low to fight them. You can wait to find a team that happens to be doing a mission you want to do at the appropriate difficulty, or create a custom game at that level and hope you have players of an adequate level join from the random queue, but it’s all just a headache that encourages you instead to simply move on to a new game.

Developer Tuque Games has a clear affection for both the Forgotten Realms D&D setting, and the storied characters like Drizzt and Wulfgar who are the game’s leads. That affection manifests as a wealth of lore for faithful fans, and the developer has gone to great pains to slot this narrative into an appropriate place within the companions’ previously chronicled journeys. But the tales at hand all feel disjointed and lack cohesion, linking together to create a vague string of barely connected adventures, which never really go anywhere. From beholders to dragons, I had fun seeing some iconic creatures from the tabletop role-playing game make an appearance, but the potential for genuine storytelling or character development is lost in the ceaseless swing of scimitars and hammers.

With multiple collectible gear sets, magic-infused combat, and characters with distinct powers, building up a fun rhythm of play is possible, especially if you choose to tackle the entire game with a consistent group of players who stay in pace with each other’s progress. But even then, the cracks in the core experience are apparent. I wanted to have fun with Dark Alliance’s breezy adventures through a familiar fantasy world, but too many elements left me disappointed, and even the flashing weapons wielded by the Companions of the Hall weren’t enough to blind me to what was missing. 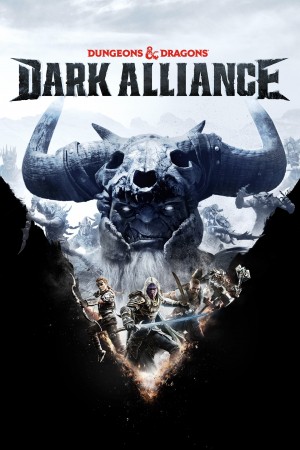 Summary: Affection for the brand and characters may maintain interest if playing with friends, but this by-the-numbers action/RPG has some big problems.

Concept: Team up as well-known D&D characters to take on goblins, giants, and dragons in a by-the-numbers looter

Sound: Voice acting is solid, and the music is familiar fantasy fare

Playability: Deep problems in control, hit detection, an over-reliance on stagger mechanics, and a poor approach to balancing all hold back the skeleton of a solid combat system

Entertainment: Hacking and slashing with friends is always fun, but Dark Alliance has too many problems to recommend when so many other cooperative experiences offer more