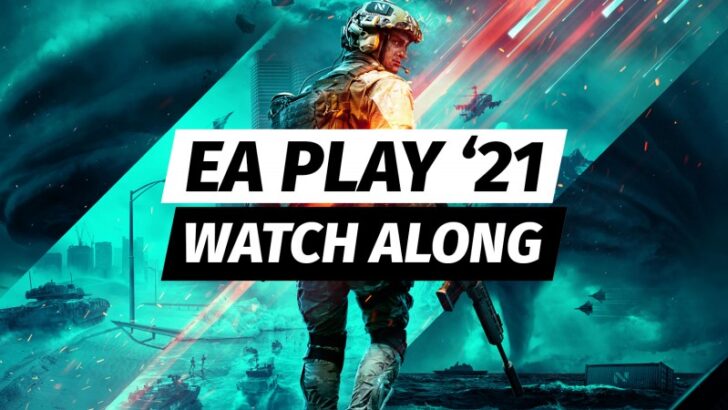 While most of the big publishers took their turns presenting their upcoming slate of games earlier in the year, EA has held off for the most part. That all changes today, as one of the largest publishers in the industry, is set to take the digital stage once more and unveil more about what’s coming next for fans of Battlefield, Madden, FIFA, and other surprises!

As always, your friends at Game Informer will be there to cover all the fun from today’s EA Play Live. Join Alex Stadnik and Alex Van Aken as they react to all the news, gameplay, and hopefully a few surprises along the way. The show starts at noon CT but we’ll be kicking off the fun fifteen minutes early with our preshow to discuss our hopes and dreams for today’s digital event.

While we know games such as Skate 4, Mass Effect, and Dragon Age 4 won’t be present at today’s show (sorry, Liana), the crown jewel of today’s festivities is undoubtedly Battlefield 2042. Developer DICE is giving players another look at the bombastic new shooter, including a substantive look at the new game mode and maps the company has been teasing.

Sports fans are also in luck, as EA is set to give us another peek at what it has cooking with this year’s Madden NFL 22 and FIFA 22 ahead of their respective August 24 and October 1 release dates.

What are you most excited to see from today’s EA Play Live? What surprises do you think the publishing giant has in store for us? Be sure to let us know in both the comments below and when we go live in our Twitch chat!

For more on Battlefield 2042, be sure to check out our look at how the AI works in DICE’s latest shooter, our chat about the game on an episode of The GI Show, and a look at some gameplay right here!