Ender Lilies: Quietus of the Knights Comes To PlayStation Consoles Next Week 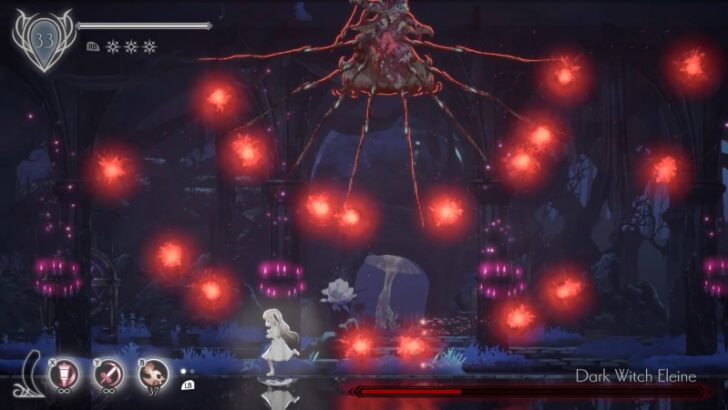 Ender Lilies: Quietus of the Knights is a very good Metroidvania that, after spending months in Steam Early Access, recently released for Xbox consoles, Switch, and PC. It was originally supposed to arrive on PlayStation consoles on July 6, but that version was delayed for technical issues. Developer Live Wire seems to have worked out the kinks, announcing the game is coming to Sony platforms next week.

On July 20, PS4 players can finally enjoy one of the year’s sleeper hits which can be played on PS5 via backwards compatibility. Ender Lilies combines Metroid-style exploration and RPG-leveling with a dark fantasy atmosphere. You control Lily, a young priestess who must use her divine cleansing abilities to heal a kingdom twisted into a monstrous version of itself by a cursed rain. Lily is accompanied by the Umbral Knight, her protector who handles the actual monster slaying. Defeating cursed guardians recruits them to your cause, bestowing powerful new abilities used to traverse the massive labyrinthine map. Ender Lilies’ beautiful art direction looks great and camouflages its higher-than-average difficulty.

Regarding the game itself, Game Informer scored Ender Lilies an 8.5 out of 10. “Ender Lilies doesn’t revolutionize Metroid’s decades-old template, but that’s okay,” reads our review. “It’s a well-made experience, and I had a great time pouring over two dozen hours into this adventure. The presentation rocks, the action is more rewarding than punishing, and its gothic world and lore are alluring. Ender Lilies is a great meat and potatoes experience, demonstrating that simply executing a familiar formula at a high level can be just as welcomed as reinventing the wheel.” You can read the full review here.

Have you been holding out for the PlayStation version of Ender Lilies? If you’ve already played the game, what do you think of it? Let us know in the comments!