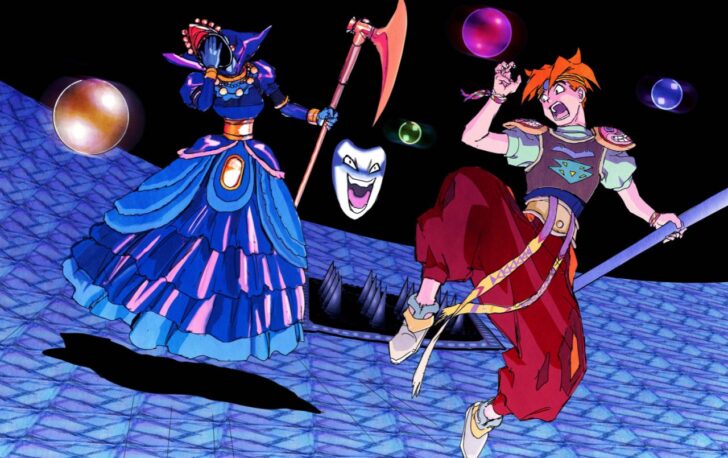 “It means the quest is not over, right?”.

Terranigma is a SNES title that holds a special place in the heart of many an RPG fan, which is remarkable when you consider that it was only released in Japan and Europe, and bypassed North America entirely. Part of Quintet’s loose RPG trilogy (which also includes Soul Blazer and Illusion of Gaia), Terranigma has become a cult classic in modern times – so much so that fans are currently petitioning Square Enix for some form of re-release on modern systems.

Manga artist Kamui Fujiwara – author of Dragon Quest: Emblem of Roto the genius behind Terranigma’s character design – has recently been participating in the “Hero Resurrection Festival” (or “Heroes Easter”), an online event held every year by Terranigma fans on Twitter. He has been tweeting a new artwork every day to promote the Terranigma-themed art exhibition he will hold from 3rd to 13th of September at ACG_Labo. For the occasion, Miyoko Takaoka (maiden name Kobayashi, Terranigma’s composer) is also creating a brand-new song.