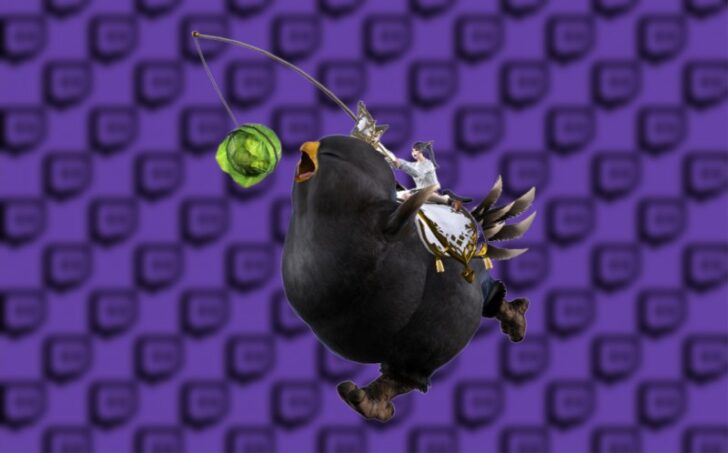 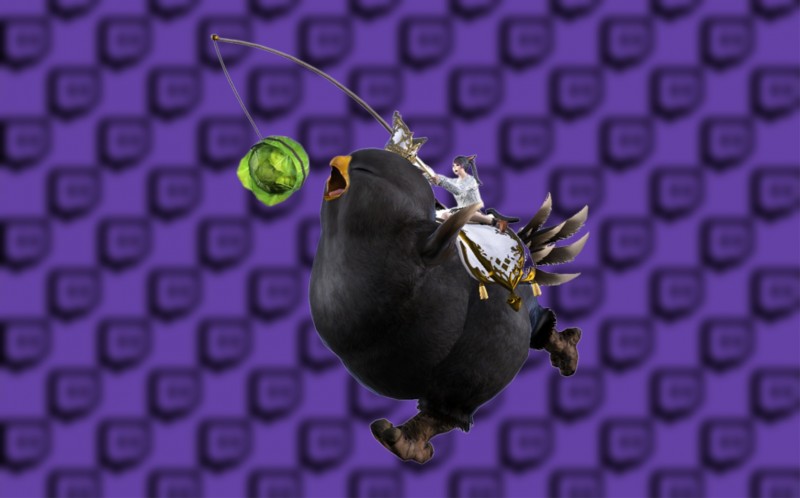 Final Fantasy XIV and Twitch are teaming up for a new promotion to offer players some free in-game loot. The MMORPG definitely had a rough launch when it was first released; players were both overwhelmed and underwhelmed by the structure of the new take on the franchise when it was first released. Thankfully, since then, various improvements and expansions have been released, effectively turning it into one of the most successful MMORPGs on the market. Now that this game is on PS5, the community is more active than ever before, which is where we finally get our chance to say: Come get your Fat Black Chocobo mount.

Chocobos are cute no matter what but this little floofy black ball of cuteness is just too pure to resist. It all starts today with Square Enix partnering up with Twitch once more for exclusive in-game items for Final Fantasy XIV Online. From this date, June 24, until August 24, XIV players can get the Heavenscracker and Fat Black Chocobo mount by utilizing Twitch’s gift subscription service to a select group of streamers that are broadcasting their time in Eorzea.

But first, we just really need you to join us in appreciating how adorable this is: 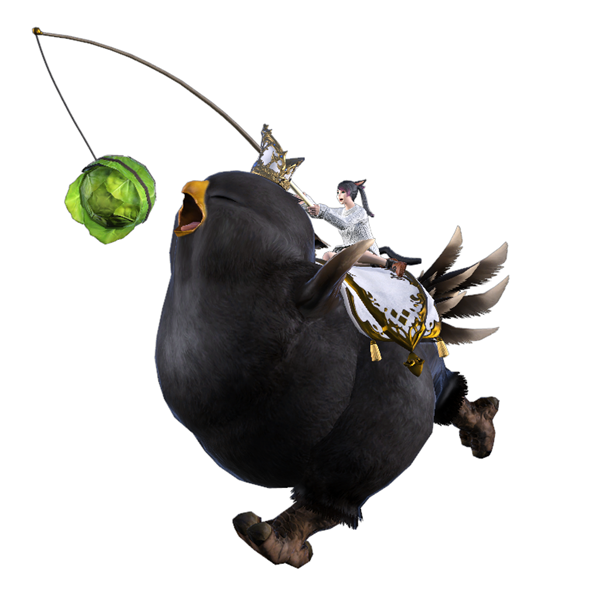 For those that gift one sub to the participating channels, there will be a reward of 100 in-game Deluxe Heavenscracker items to enjoy. Gift four in total and you score that sweet, sweet ball of adorableness. To learn more about how you can make sure you don’t miss out on some free loot drops, you can check out the entire partnership initiative right here.

You can also gift a limited amount of subs for free if you have Amazon/Twitch Prime.

Thoughts on how Square Enix is teaming up with Twitch to celebrate the latest journey for Final Fantasy XIV with Endwalker? On a scale of one to ten, how perfect is that mount and why is your answer eleven? Sound off in the comments below!