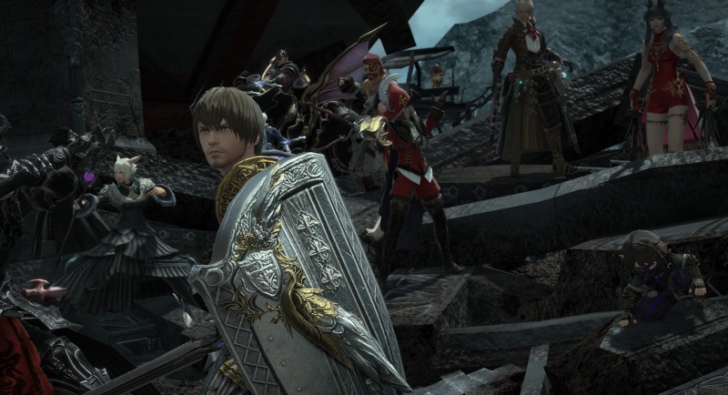 Every year, when the daylight wanes faster than I’d prefer and the air chills to bitter cold, I retreat from any outdoor activities and turn to the warmth of my computer. That’s where I sink deep into my chair, crack open some sodas and junk food, and boot up my chosen genre to escape the harsh months of Minnesota weather. It’s when I’m most at home diving deep into a good MMO.

Each winter is a new opportunity to explore another facet of the vast worlds I’ve explored many times before. Usually, my go-to MMO is World of Warcraft, which I’ve been playing on and off since 2005. Maybe I never hit the current level cap on the last character I was playing, and that’s my jumping on point, or a new expansion is releasing, and I want to get caught up on the juicy lore and character moments leading up to the big new event. Other times, I simply get the itch to play and start fresh with a new class I never gave a decent chance before (I swear I’ll get a max level Warlock someday), or God forbid, see what life is like fighting for the Alliance for a while.

When you play semi-casually as I do, there’s usually something fresh to sink your teeth into, especially with games that have consistent content released throughout the year. I’ll devote nights to seeking out important moments I heard about on a podcast, or lose a weekend to seeing every part of a zone I had zipped through all too quickly on my last power-leveling spree. Whether it’s by myself or dragging my old dungeon-delving group back into the fray, there’s a near-endless checklist of things to do or help someone else achieve.

I have some complicated feelings about playing World of Warcraft this year, and content releases have been understandably few and far between. As a result, I’ve moved on to my secondary MMO choice in Final Fantasy XIV. Over the past few weeks, I’ve been attempting to catch up with the main story in time for the release of the new expansion, Endwalker, in a few short weeks. It’s provided hours of great stories, endearing and compelling characters, and events that have personal consequences I don’t normally experience in other MMOs. Those who haven’t tried FFXIV yet should give it a shot. Whether you’re into MMOs or not, it’s just as good as people have said, and it’s getting even better throughout each big content release.

Sure, I’m speeding through the critical path of Final Fantasy XIV for now, but I’m enjoying being focused on this sliver of the experience. Winter hasn’t technically started yet, and there’s a big, new expansion on the horizon, which means I have plenty of cold nights ahead of me to venture onto new quests and classes I haven’t yet explored.

What’s your favorite genre or game to return to when it’s less than pleasant outside? Do you sink into a long RPG or MMO as I do, or do you pull out an old console to revisit some childhood favorites? Let me know what your comfort food games are in the comments!