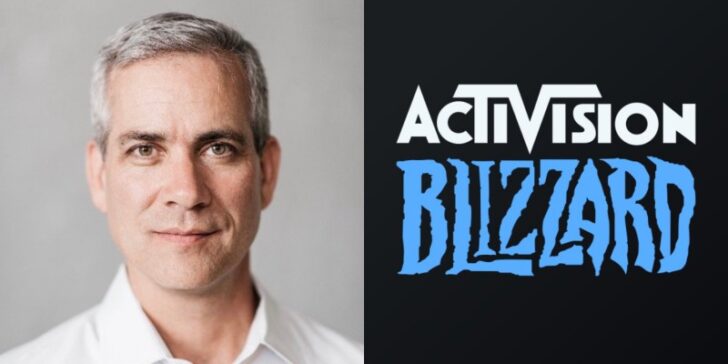 Following the most recent lawsuit against Activision Blizzard that cites sexual harassment, gender discrimination, and reported abuse, Jeff Strain says “enough is enough” and calls for the gaming industry to unionize. Strain used to work for Blizzard before co-founding both ArenaNet (Guild Wars) and Undead Labs (State of Decay). Now, he’s looking to the future of gaming and what that future looks like for those that work within this industry.

Strain recently reflected on the ongoing Activision Blizzard lawsuit and said while he was “disgusted and repulsed,” he wasn’t surprised in the least. Because of that, however, he’s lending his voice to the many already calling for unionization. Not just for one company, either, but an industry-wide sweep.

A letter Strain sent to his employees has gone public (via IGN) and states his call to arms for those currently operating within the gaming space. “My time at Blizzard left an indelible mark on my life and career that continues to this day,” he mentioned in his letter. “Most importantly, it showed me how abusive cultures could propagate and self-amplify over time; how ‘hardcore gamers only’ is a smokescreen for ‘bro culture’; how fostering a sense of exceptionalism inhibits people from speaking up because they should just deal with it if they love the company and its games; and how passive leadership that turns a blind eye can ultimately be the most abusive thing of all.”

That mark has caused him to reflect on how he leads his team and how he wants to facilitate a “healthier, more decent” studio environment within this space. “I’ve become increasingly careful in my hiring and selective in my choice of financial and publishing partners to give these healthier environments the greatest chance to flourish,” he added. “At the end of the day, though, my studios employ at most a few hundred people. As we have seen through the disclosures this week, independent studios, even with the best intentions, cannot set the standards for the industry. The tone and tenor of the entire industry are set by the giants, the places with the largest number of entry-level jobs, and the places with the largest, most profitable titles.”

He mentioned that his 25 years working in this industry had taught him a lot while also allowing him to work with some of the most talented names in this industry. But that time has also been tinged with hearing “profounding disturbing stories” about the experience many face when working within their field.

It’s because of this that he’s adding his voice to the unionization collective, saying, “Unions were started in this country to protect workers from abusive, cruel, abhorrent, unacceptable, and illegal treatment from companies. That’s their entire purpose. If this week does not show us that our industry colleagues — even the most entry-level QA tester — need true support and baseline protection, I can’t imagine how much worse it will have to get.”

He added that he welcomes his own employees unionizing, offering his “full endorsement” and support for the industry as a whole to adopt this model.

Unionization is a topic that often comes up in gaming and for a good reason. With mass layoffs at no notice and more and more stories breaking cornering the hidden toxicity within certain studio environments, the objective to protect those in this space is high. Following the allegations cited in the Activision Blizzard lawsuit, which you can learn more about here, the employees impacted have since staged a walkout. They have also garnered support from Ubisoft devs, another studio that has been hit with similar allegations about the work environment.