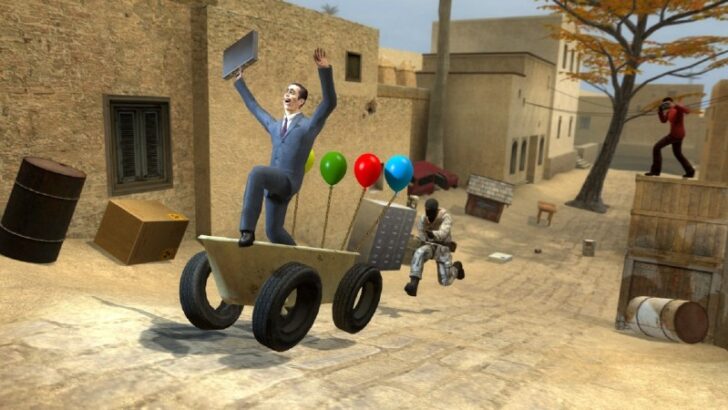 Remember Garry’s Mod? The PC sandbox game where folks have a blast with physics, construction, characters, and just… having fun with just about anything around? Well, it just hit 20 million units sold! Wow! The title may seem slightly dated today as it first hit the scene back in 2006, but folks are still having fun with it. Obviously, tools like the Steam Workshop have been instrumental in keeping the game alive and going over the many, many years that the title has been relevant. In fact, Garry’s Mod is still quite popular.

Garry’s Mod has hit 20m sales! Thanks to everyone who’s played it over the last 16 years and counting! pic.twitter.com/zxXQE3wfwM

A quick glance at Steamcharts reveals that there are 29,000 or so concurrent players at the time of this writing. Wow! Obviously, Steamcharts is not a be-all metric, but that’s still a seriously healthy player base for a game that’s 15 years old. Of course, things continue to change over time with a sandbox experience like this, so players are still creating and discovering new things. Games within games, experiences within experiences. Many platforms today, from Roblox to Core to custom-map settings in Dota embrace the “build your own fun” philosophy that Garry’s Mod seems to have spurred in communities.

Via modes, there are hundreds of other games you can play within Garry’s Mod, some of which seem to find their way all over the place into other games. It’s like a gaming ouroboros where ideas swirl and churn, and eventually come to Fortnite. That’s how the world works, right? Modding, mapping, and modding communities have been responsible for many breakthrough game genres over the years, and the next one is always right around the corner. What comes after the battle royale craze? It might be happening in Garry’s Mod right now!

Have you played Garry’s Mod? What’s your favorite mode or game? Let us know in the comments!