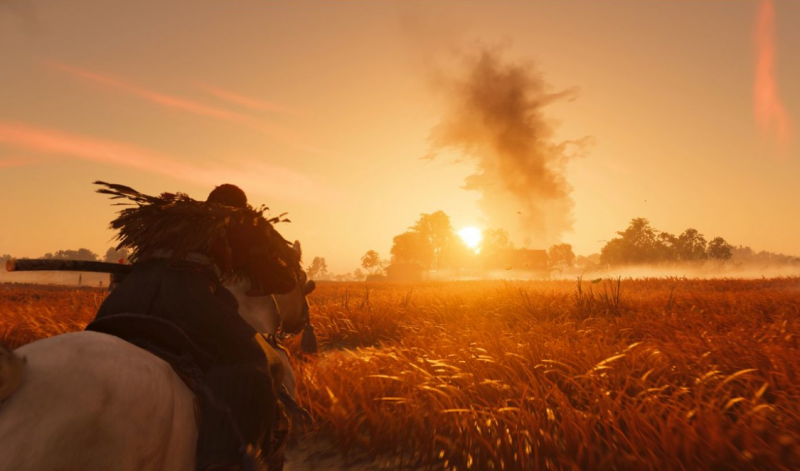 At the tail-end of June, Ghost of Tsushima Director’s Cut leaks came in fast, and now we’ve got confirmation that an improved version of the PlayStation exclusive is on the way. With new photo mode updates, added accessibility options, fixed lip-sync issues, 4K options, and more, it’s a pretty solid deal for those that want a chance to revisit the game or to try it out for the first time.

Sucker Punch’s Andrew Goldfarb took to the PlayStation Blog to highlight what Tsushima fans have to look forward to. As the one-year anniversary of the samurai adventure looms closer, the team wanted to expand upon Jin’s journey in a meaningful way. That’s where the Director’s Cut comes in. The Director’s Cut will offer more to Jin’s story, as well as ways to make the actual gameplay mechanics even better.

Take a look for yourself in the video below:

First, let’s start with Iki Island. “If you’re a history buff, you may know that in addition to Tsushima, the neighboring island of Iki was also invaded during this time period,” said Sucker Punch. “Today, we’re excited to reveal that a whole new chapter in Jin’s journey is coming and will take place on Iki. In this new story, Jin travels to the island to investigate rumors of a Mongol presence. But soon, he finds himself caught up in events with deeply personal stakes that will force him to relive some traumatic moments from his past.”

While the tease may seem small, the studio promises a more detailed look at Iki ahead of the game’s re-release. Regarding what else is new, here are a few aspects of the Director’s Cut that will be arriving for the first time:

For those aiming to experience the Director’s Cut on PlayStation 5, there are even more new features on the way, including the adaptive trigger and haptic feedback changes, 3D audio enhancements, load times, 4K options, and 60 FPS targeted framerates.

Played on PS4 but looking to upgrade? No worries, Sucker Punch promises that save transfers will be easy to do, making it a breeze to pick right back up where you left off. For those that have already completed the game, the new Iki Island content can be found at the beginning of Act 2.

“All players will receive a patch with some new photo mode updates, new accessibility options for controller remapping, as well as the option to enable a target lock-on during combat,” he added. “And for the person who tweets at us all the time asking for an option to hide your quiver during gameplay: yes, we’ll be adding that, too!” 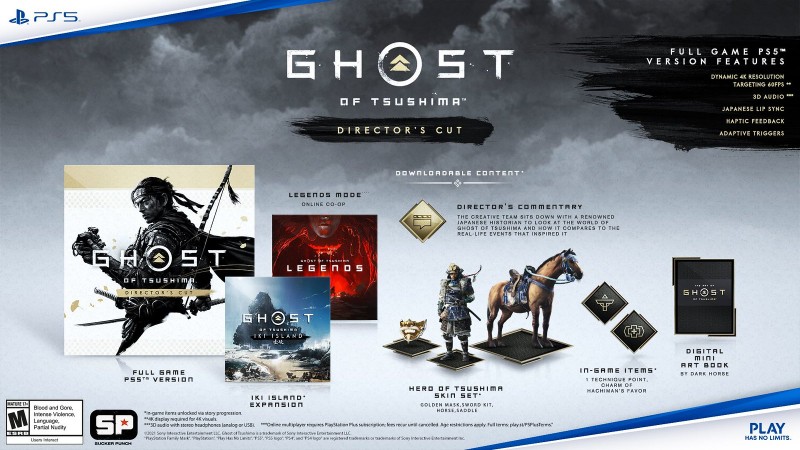 For those that already own Ghost of Tsushima on PS4:

Sucker Punch ended the announcement by saying that even more upgrade announcements will be revealed closer to the August 20 launch date. To refresh on what the game is about and what we thought of it, check out our full review right here.