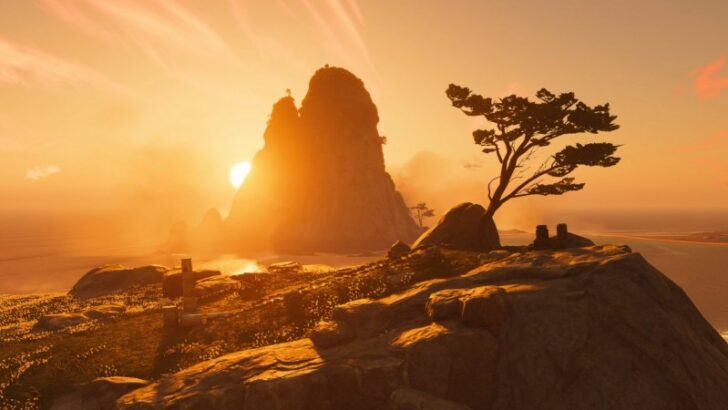 Besides the original game, enhanced features, and new multiplayer content, the director’s cut of Ghost of Tsushima will also include the Iki Island expansion. I’m jazzed to have a reason to jump back into the world again. A new island to explore and fresh storylines? Sign me up.

But here’s the thing. I’m still not over the game’s saddest moment. For anyone who hasn’t played Ghost of Tsushima yet – you really should, but I get it if you are waiting for the upcoming release – this is the time to bookmark this story for later and walk away because I’m jumping into massive spoilers.

Now, I knew going in that a game about the first Mongol invasion of Japan wasn’t going to be a laugh-fest. I was perfectly ready to see some of my closest friends fall in battle. But did you have to take my horse from me? That hurt. Like many open-world games, Ghost of Tsushima gives you a horse before letting you roam around its dazzling environment. Despite the slightly urgent nature of the quest, I took my time picking my equine companion. Sucker Punch claims that every horse you can choose from is technically the same, that there are no differences in stats or temperament, but you can’t rush these things.

I named my noble steed Nobu, which the game tells me means trust, and from then on, Nobu was my most trusted companion. Of course, as the protagonist Jin Sakai, I meet people across the land that take part in my adventures. I share my troubles with Yuna, the thief that saved me from death after the game’s cinematic first battle. From Lady Masako and the master archer Ishikawa, I learn about the world and my evolving place in it.

Several human characters in Ghost of Tsushima pass in and out of my gameplay experience, but the only one there with me throughout all of it was Nobu. My horse rode into battle with me, and we explored every inch of the map together. To strengthen that bond further – before painfully severing it – Sucker Punch created multiple heartwarming cutscenes depicting our everyday interactions. One sees us catching some shuteye before the next adventure; another shows me giving the horse a quick bite to eat.

They knew what they were doing because, while other characters’ deaths were somber moments, my horse’s demise was painful. The creature helps me escape from prison and keeps running towards freedom despite being pierced by a pair of arrows. That is until Nobu can’t run anymore. In a scene that feels like it drags on forever, I watch my horse slowly succumb to its injuries, becoming more and more wretched-looking with every passing moment. Finally, limping through fire and snow, Nobu collapses.

It was an emotional moment, Sucker Punch; I will give you that, but please, leave my horse alone in Iki Island. I want to look forward to roaming the new setting and experiencing the new narrative, but I know the fear of losing my new four-legged friend will loom large.