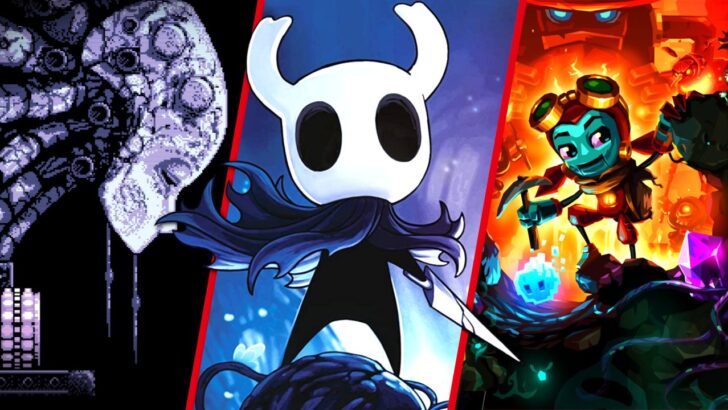 The word ‘Metroidvania’ might rub some core gamers the wrong way, but it’s a useful catch-all to describe a very specific type of game experience. Combining elements from both the Metroid series and Koji Igarashi-produced Castlevania titles, this broad platforming genre has you using an ever-growing skill set to open up new paths across an expansive, layered map. As you explore and find secrets throughout the environment, these games empower the player in a way that makes them extremely addictive.

Despite laying down the blueprint, neither Nintendo or Konami have been particularly prolific in the genre for a while, although the announcement of Metroid Dread for Switch has got us jonesing for some quality Metroid-style explorative platforming games. Fortunately, over the past decade or so we’ve seen some incredible examples from independent developers inspired by the classics — there is no shortage of great Metroidvanias to choose from on Switch.