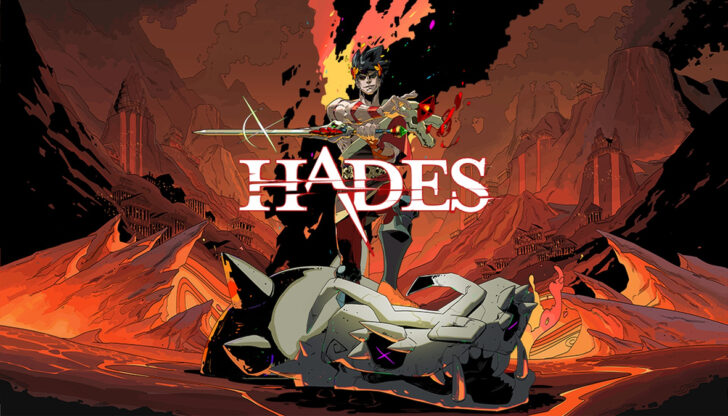 Hades, the massively award-winning isometric rogue-like dungeon crawler, is available August 13 with Xbox Game Pass on PC, console, and cloud with touch controlsPlay as an immortal prince defying the god of the dead as you hack and slash your way out of the Underworld of Greek myth.Multiple weapon types and different modifiers from the gods, mean no playthrough is going to be the same.

Only one more day, and then you too can escape the house of Hades! I’m thrilled to share that starting August 13, Hades, the massively award-winning isometric rogue-like dungeon crawler will be available on Xbox One, Xbox Series X|S, Windows 10 PC, and cloud gaming (including touch controls) with Xbox Game Pass!

Play as an immortal prince defying the god of the dead as you hack and slash your way out of the Underworld of Greek myth. As you start your run, select a boon -a persistent boost- from one of the Olympians (easily the oldest dysfunctional family around) to enhance your abilities in the fight. Every successful room is going to give you more rich storytelling from the gods, possible weapon upgrades to find, and get you that much closer to making your way out of the underworld. But if you are overwhelmed in your attempt and die – you are back to facing your father who removes all your Boons and weapon upgrades from that run. Back in Hell like every time we fail in a rogue-like (maybe that’s just me being a little over dramatic).

Multiple weapon types and different modifiers from the gods, mean no playthrough is going to be the same. The under-world is always changing – your maps and enemies will change each try, though the gods will remember you! And if you die, yes you go back to the starting hub, but you’ll meet the denziens of the underworld that you’ll grow to love. Go fishing! Pet Cerberus and tell him he’s a good three-headed dog! Enjoy the stories and the people in and out of the house of Hades.

As we’ve come to expect from Supergiant’s games (Bastion, Transistor, Pyre), Hades is dripping in beautiful atmosphere and art, fast-paced action, great story-telling, and amazing soundtracks. Pre-install today with the mobile or PC Xbox App so you can start playing midnight tomorrow!

☆☆☆☆☆
★★★★★
$24.99
Pre-order
BATTLE OUT OF HELL: As the immortal Prince of the Underworld, you’ll wield the powers and mythic weapons of Olympus to break free from the clutches of the god of the dead himself, while growing stronger and unraveling more of the story with each unique escape attempt.

UNLEASH THE FURY OF OLYMPUS: The Olympians have your back! Meet Zeus, Athena, Poseidon, and many more, and choose from their dozens of powerful Boons that enhance your abilities. There are thousands of viable character builds to discover as you go.

BEFRIEND GODS, GHOSTS, AND MONSTERS: A fully-voiced cast of colorful, larger-than-life characters is waiting to meet you! Grow your relationships with them, and experience thousands of unique story events as you learn about what’s really at stake for this big, dysfunctional family.

BUILT FOR REPLAYABILITY: New surprises await each time you delve into the ever-shifting Underworld, whose guardian bosses will remember you. Use the powerful Mirror of Night to grow permanently stronger, and give yourself a leg up the next time you run away from home.

NOTHING IS IMPOSSIBLE: Permanent upgrades mean you don’t have to be a god yourself to experience the exciting combat and gripping story. Though, if you happen to be one, crank up the challenge and get ready for some white-knuckle action that will put your well-practiced skills to the test.

SIGNATURE SUPERGIANT STYLE: The rich, atmospheric presentation and unique melding of gameplay and narrative that’s been core to Supergiant’s games is here in full force: spectacular hand-painted environments and a blood-pumping original score bring the Underworld to life.