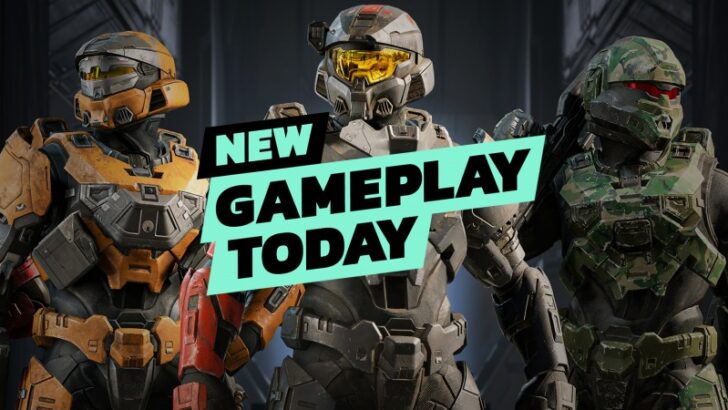 Halo Infinite has been in the crosshairs of the gaming community since it was announced at E3 2018. Originally set to release last November alongside the launch of the Xbox Series X and S, growing concerns about the game following an extended look at the campaign caused 343 Industries and Microsoft to reconsider when Infinite was ready for prime time.

Now, almost exactly a year since gameplay was first shown, we’re finally getting hands-on time with Halo Infinite in a technical multiplayer beta. Join Alex Stadnik, Liana Ruppert, and John Carson as they share their first impressions of the game and give a look at Halo Infinite multiplayer in action. How does it look? What’s new and different compared to previous entries? Does it live up to the grandiose reputation of Microsoft’s first-person juggernaut? We cover those questions and more in this episode of New Gameplay Today.

This technical flight for Halo Infinite is currently limited to folks who signed up for, and were chosen through, the Halo Waypoint website. Multiplayer is one of two modes found within this test, alongside the Academy, a series of gun-specific challenges which lets the player loose at a firing range to rack up high scores. Currently, the multiplayer matches are 4v4 Slayer matches on the new map called Live Fire. It’s a condensed battleground that keeps the action fast and consistent, while retaining many paths for getting around the map. Matches during this test consist of matchmade human teams warring against AI driven bots. While we’d prefer to go head-to-head against real people and really put these Spartans through their paces, that experience will have to wait for another time.

Halo Infinite is set to release on an undisclosed date later this year for Xbox Series X/S, Xbox One, and PC. How do you think Infinite is shaping up? Which weapons are you looking to know more about in this technical flight?