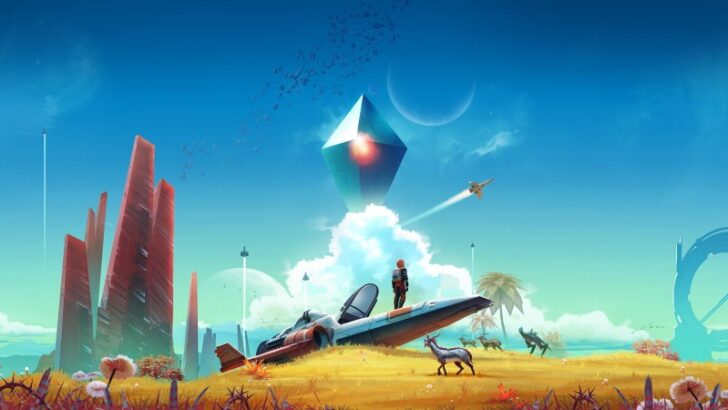 No Man’s Sky is a true rags-to-riches story. While early trailers of the massive universe were impressive, the game couldn’t live up to that potential during its rocky early launch period. Of course, years (and awesome updates) later, No Man’s Sky is an experience teeming with engaging content like base-building. In that same vein, the new Outlaws update launches tomorrow, focusing on the criminal underbelly of the galaxy. But, more importantly, Sean Murray spoke to IGN about Hello Games’ next ambitious project and how it won’t be a sequel to the trillion-planet adventure. It’ll be something much more.

Today’s Outlaws update was briefly summarized by a list of bullet points in a recent Sean Murray tweet:

A blog post delved into further details. Players will get to explore Outlaw Stations, filled with contraband marketplaces, unique mission NPCs, and smuggling opportunities. Procedurally-generated Solar Ships were implemented to spice up cruiser collection, and immersive additions like thundering frigates and dramatic explosions will likely keep explorers on the edge of their seats.  You can learn more about what’s new to No Man’s Sky by watching the trailer above.

In other news, Sean Murray told IGN that Hello Games’ next project is strikingly ambitious, “Similar to No Man’s Sky, it’s the kind of project that even if we had a thousand people working on it, it’d still seem impossible.” What this new IP will be is anyone’s guess, but Hello Games has spent a long time honing their craft with No Man’s Sky’s seemingly infinite loop. In any case, it won’t be a sequel to the developer’s flagship title.

Are you excited for the Hello Games’ next title? What do you think they’re planning? Let us know in the comments below!