Hellraiser Is Coming To Dead By Daylight, New Killer Available Now In PTB 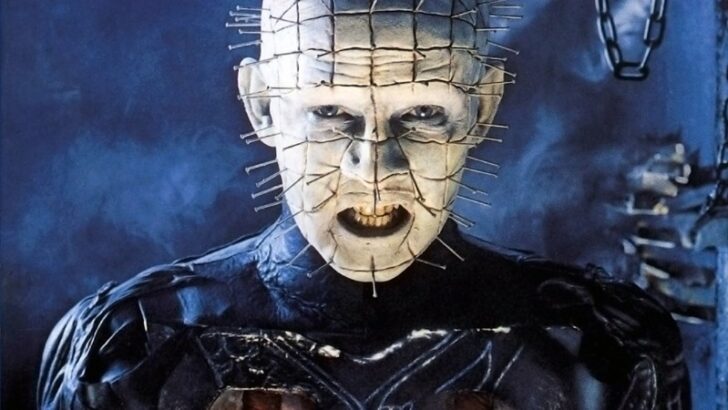 Following the recent news that the Stranger Things license is expiring this year for Dead by Daylight, the team over at Behaviour has announced another horror icon joining the extensive lineup of crossovers. Enter: Hellraiser. We’ve already got our first look at what the latest DLC will have to offer now that a new killer has hit the game’s Public Test Build.

The first teaser for the upcoming chapter debuted a few days ago (seen in the video at the top of the article), but the latest social media tease goes a little more in detail. The Public Test Build, or PTB for short, is available and brings more than just the usual bug fixes. Included in update 5.2.0 is a new killer, the Cenobite. Cenobites are extra-dimensional beings known from the Hellraiser series, brainwashed into torturing humans for all time. This makes it the perfect addition to Dead by Daylight.

Also included in the update is Large Text Settings, which is a feature that many players have been asking for concerning more accessibility settings. For what else is new, check out the latest PTB patch notes below, courtesy of Behaviour:

Added a new Killer – The Cenobite
Match Results – When players leave a Trial with a Limited Item (Example: The Nemesis’s Vaccine) they will now be notified that they do not get to keep it. It has been consumed by The Entity.
Large Text Settings – The players can enable this option to enlarge all texts in the HUD, increasing readability.

Movement speed while charging Tentacle Strike Tier 3 increased to 4.0m/s (was 3.8m/s)
Shattered S.T.A.R.S. Badge effect duration increased to 60 seconds (was 30 seconds)
Iridescent Umbrella Badge effect duration increased to 30 seconds (was 15 seconds, but was erroneously displayed as 12 seconds)
Ritual of The Nemesis reduced to reaching maximum Mutation Rate one time (was 4)
Dev note: The Nemesis came out in a good state, but has been underperforming slightly in higher skill brackets. These players tend to hit Mutation Rate 3 more often, so a buff here should give him a slight boost at that level of play. Additionally, we have buffed two addons that were underperforming to make them more viable, and made the associated ritual less of a pain to complete.Various bug fixes and improvements to address performance issues on the Family Residence, Sanctum of Wrath and Midwich Elementary School.
Blood Lodge, Dead Dawg Saloon and The Game maps are re-enabled
Updated a variety of survivors’ hair and facial hair cosmetics.

The team also shared known issues that they are prepping to fix with the next update, including the inability to remove Survivors from chains, new Rank Crest images, animation glitches, and more. To see what else is new in the PTB, check out the full patch notes right here.

We don’t have a release date for when the full DLC becomes available outside of the testing area, but more will be revealed soon. For now, PC players can get in on the action a little early and report any areas they feel could be improved before Hellraiser officially arrives in Dead by Daylight.