Here’s Your First Look At Edge In WWE 2K22 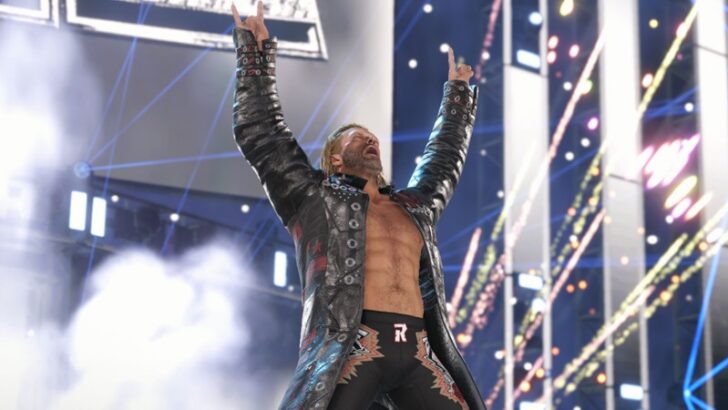 You think you know him? We would be referring to WWE Hall of Famer Edge, who is one of the first superstars fans get to see in WWE 2K22. With the SummerSlam pay-per-view airing this weekend, 2K Games dropped a pair of screenshots yesterday showing off the Rated R Superstar in all of his glory, providing a sneak peek into 2K22’s presentation.

WWE 2K22 was announced during Wrestlemania 37, but 2K has been mostly quiet about the project since then other than sharing behind-the-scenes content. The two screenshots of the 11-time world champion serve as one of the few in-game looks at the upcoming wrestling sim. Other than this, fans have only gotten to see Rey Mysterio and Cesaro in the game’s debut trailer. Edge is looking pretty darn good and, in this writer’s opinion, significantly better in the face than he did in 2K20. But since wrestling fans love to scrutinize, apply your critical eye to the images below and see if developer Visual Concepts hit the mark.

2K22 has a lot of hopes and dreams riding on it, given it’s the first entry since the famously botched WWE 2K20. 2K and Visual Concepts have said they’ve taken that game’s negative feedback to heart, which should hopefully mean a dramatic overhaul for the series. The franchise took a year off for the first time in 2020 to give this latest entry some extra love and attention, but it remains to be seen what that extra time in the oven has resulted in. Hopefully, this recent update means we’re getting close to finding out. For now, WWE 2K22 still has no release window or confirmed platforms.