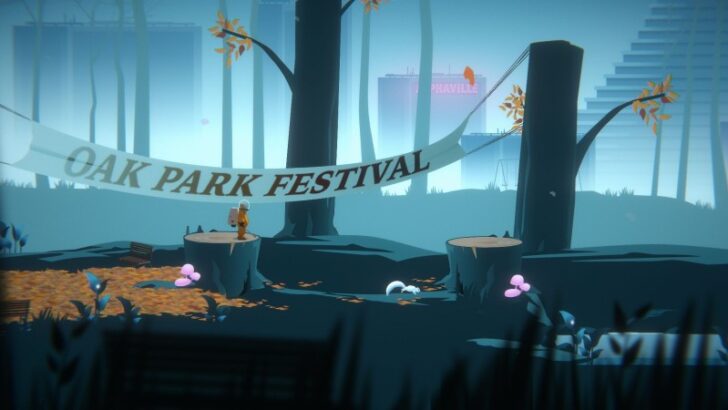 Golf Club Wasteland landed on our radar for its intriguing blend of arcade-style golf set amid the backdrop of a post-apocalyptic Earth. If you’ve been waiting until the end of August to hit drives over the vestiges of the human race, you can now circle September 3 on your calendar.

The game comes from Demagog Studio and imagines a not-too-farfetched future where corporations have depleted Earth of its resources and the wealthy elite have fled to Mars. Occasionally, however, the survivors grow nostalgic and revisit the remains of their home planet. You control one such person, who chooses to relive his Earthly years by playing a few rounds of golf. With every hole you play, you’ll uncover the causes of humanity’s near-extinction while also jamming out to the laid-back tunes and talk shows of a Mars radio broadcast. Take a look at the new release date trailer below.

Golf Club Wasteland’s 2D golf challenges players to hit balls over polluted bodies of water, up the floors of an abandoned apartment building, and around stray cows that have probably inherited the planet at this point. A Story Mode removes the score requirements, allowing you to more leisurely focus on the narrative while the Challenge Mode lets you play under more traditional golf rules to progress. Finally, Iron Mode welcomes expert players who really want to strut their stuff.

Look for Golf Club Wasteland to launch on PlayStation 4, Xbox One, Switch, and PC for $9.99.