How Life Is Strange Inspired Tales Of Arise 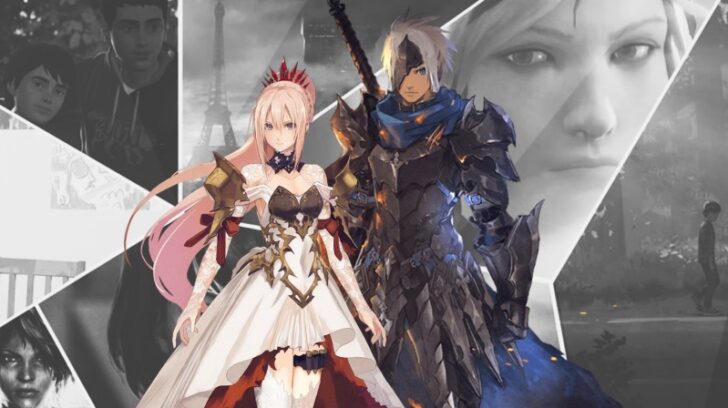 This month, Game Informer’s RPG issue featured Tales of Arise on the cover, and we were able to sit down with Bandai Namco to discover it was reinventing the long-running franchise for a modern audience. It led to some interesting tidbits, from putting more strategy into combat to make players feel more in the action to having better puzzle implementation in dungeons. Bandai Namco never shied from discussing the importance of this entry.

“This is a huge revival after 25 years of the Tales series, and we really wanted to bring a Tales title to the next level,”  producer Yusuke Tomizawa told us at the time. “We wanted to elevate and push the envelope. [To do that,] we wanted to focus on really brushing up the quality, making sure it’s polished. And also, for the game concept, we want it to be really exciting for both new players and for existing fans, preserving what everybody has loved about Tales but also appealing to a new audience.”

With various enhancements to the formula, we were curious about the games and media that inspired the team as they created this brand-new entry in the beloved franchise. Director Hirokazu Kagawa couldn’t point to any one thing in particular but did say he was playing a lot of Dark Souls in his free time. While art director and character designer Minoru Iwamoto said he looked at art from all around the world and referenced various media such as manga, US cartoons, and other RPGs for inspiration.

Tomizawa took the opportunity to mention Life is Strange and the impact it had on him. “We started developing Tales of Arise all the way back in 2016,” he recalled. “Initially, when we were considering what sort of art style and direction that we wanted to take this game, at the time, I was playing Life is Strange a lot. I was a big fan due to the art direction, which was a very good balance between photorealism and [animation]. It was very impactful. And Life is Strange is an adventure game with a very beautiful story, and that story really inspired me to deliver that same level of beauty and quality into the Tales of Arise story. So I would have to say Life is Strange was a very big influence and inspiration and in planning and developing Tales of Arise.”

One of the first things fans noticed when Tales of Arise was revealed was its more mature style, which had more of a balance between the series’ classic anime style and photorealistic artwork. Although realism was a larger focus, Iwamoto said the team worked hard to still “preserve the signature Tales look,” referring to its popular 3D anime art style. It’s not hard to see how Life is Strange might have come into the conversation here, but it also made us remember another place where it may have had some influence.

Later in our interview, Tomizawa brought up how Tales of Arise takes the characters in a more mature direction. “We wanted to make the characters feel very real and very human,” he said. “One thing that changed from the previous Tales Of titles is that sort of realness, the human aspect of [Tales of Arise]. We try to accomplish that by really digging into how [characters] speak, their mannerisms, and how they react to certain situations … That is pretty much the difference between the past Tales [entries] and [Tales of Arise]. The characters are a little bit more human, more real, and they’re a little bit more mature in terms of the design of the characters and how we portray them.”

Tales of Arise launches on September 10 for PS5, Xbox Series X/S, PS4, Xbox One, and PC. Be sure to click on our hub below to find out more info on the game!