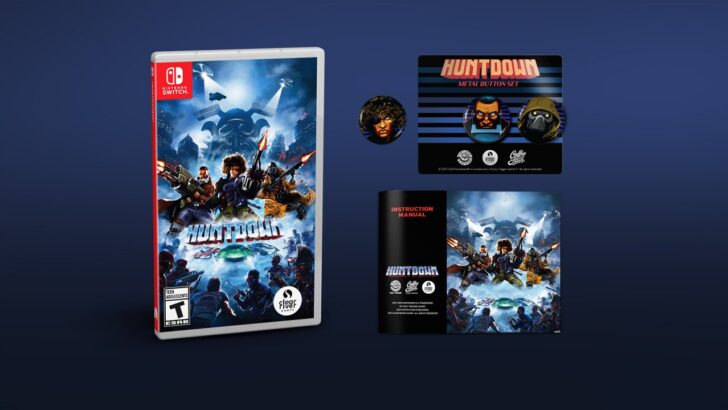 Hunt those copies down.

During its E3 event Limited Run Games announced an awesome Collector’s Edition of Huntdown, the stylish run and gun title on Switch. Unsurprisingly it proved popular, selling out in under 12 hours.

In good news for those that missed out another batch of 2000 units will go on sale soon, on 10th August to be precise. Here’s the original listing, and those who are eager should keep an eye on social media for a go-time; we’ll keep our eyes open as well. It has all sorts of goodies in it, which you can see below.