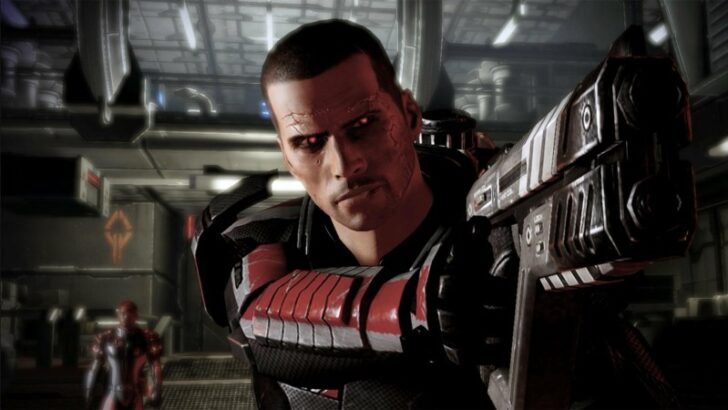 “I can’t wait to be an a**hole!” I gleefully thought to myself when Mass Effect Legendary Edition was announced. Bioware’s sci-fi series ranks as arguably my favorite video game trilogy ever; however, I’ve only played through the saga once. I rarely replay games, especially those as beefy as Mass Effect. The larger reason for that, though, is that I consider my single playthrough sacred and the canonical version of the Mass Effect story.

I’m a generally good human being, so I role-played Shepard as if I was in his shoes. I cured the genophage. All of my crewmates survived the suicide run (which I’m still surprised by). I romanced good-girl Tali over that harpy Miranda. If there was an option to talk the Reapers into surrendering peacefully and joining us for a picnic instead, I probably would have chosen it.

Still, I acknowledge that there’s a wealth of renegade content I’ve never seen, so determining how to approach a return trip was easy. Everything I did before, I’d simply do the hard opposite. Reporters would be punched, friends would perish without a second thought, and somehow, I’d still be the savior of the galaxy despite literally being the worst person. “Excellent,” I said in my best Mr. Burns impersonation.

But as I read feature articles and opinion pieces that reminded me of the amazing character moments I’d largely forgotten about, my tune changed. Memories of my crewmates’ wonderful personalities and characterization came flooding back. My heart began to melt, and the realization set in that I will undoubtedly fall in love with these guys all over again and fall back into my goodie two-shoes routine.

But to keep my promise of having a fresh experience, I’d have to shove them to the floor, point and laugh at their misery, and dance on their graves when they bite the dust. I want to do that. Hell, if I’m investing 100 or so hours into replaying a trilogy, I need it to be substantially different for me to justify it. Setting aside all that time just to retread familiar ground feels like a colossal waste of time in my mind.

But I really, really like Garrus and don’t think I can pull the trigger on being a monster to him. Cue the Wesley Snipes crying meme.

So here we are, months after the launch of Mass Effect Legendary Edition, and I’ve been at an impasse. On one hand, I genuinely want to see what a renegade playthrough looks like (and no, I’m not watching hours of YouTube videos to see it). On the other hand, I don’t trust myself to not want to turn this into a reunion tour of my previous playthrough because Bioware made its cast too endearing to turn on.

I do, however, have zero qualms about saving Kaidan instead of Ashley this time around regardless of the route I choose so there’s that at least.

Since, again, I don’t often replay games, this is the issue I’ve grappled with while contemplating revisiting stories with narrative branches. Is it more valuable to relive cherished memories or to create new ones within the same experience? There’s also the pressure of knowing that whatever I choose will form my predominant memory of the series, likely forever. Or until Bioware does a true ground-up remake for Mass Effect’s 25th anniversary or something.

Movies and TV shows are easy to revisit because it’s always the same and, thus, will never challenge my comfort zone. Avatar: The Last Airbender, for example, will forever be one of the greatest stories to grace television (in my humble opinion). But if you gave me the choice to have Aang, say, murder Zuko while rejecting Katara? I’d be curious to see it for the sake of getting something different, but the original plotline is just too good to pass up even if I’ve already seen it.

Maybe the problem for me is that some stories are too good to want to mess with, even if you can. I know I wouldn’t give a crap about doing things differently if something like Saints Row: The Third had branching narratives (not throwing shade to Saints Row’s storytelling … but it’s Saint’s Row). But the same hesitation arises when I think about replaying Red Dead Redemption II, another story I absolutely adore, and changing things up. Arthur was also a saint in my original playthrough meaning he, too, would have to fall to the dark side if I want to really see how different things can turn out. I feel yucky just thinking about that.

I don’t really have a resolution to this conundrum so sorry if you were hoping for my decision at the end of this. I’m also not suggesting studios make their stories less phenomenal or find new ways of enticing me to play under different conditions. I’m clearly immune to the latter anyway. But since you’re still here, I would like to know if you’ve experienced the same conflict and how you’ve chosen to address it. What pushes you to mix things up during a replay or to re-do everything as you did previously. Maybe your responses can help get me over this mental block. In the meantime, I’ll keep salivating over the atrocities my future FemShep could potentially commit while also weeping about the consequences.