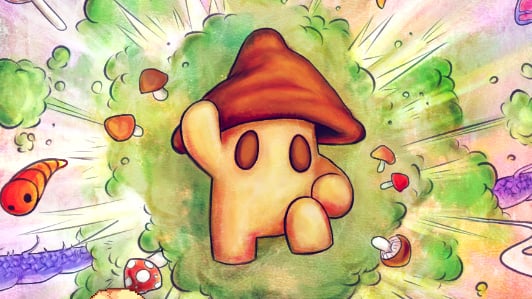 Featuring a “simple” levelling up system.

The explosive indie platformer Smashroom will be launching on the Nintendo Switch eShop later this week, Forever Entertainment has confirmed.

Created by Jonathan Calsolaro, the game sees you take on the role of a small mushroom that can explode at will. This handy skill can be used in a number of different ways to progress through the game, including a mid-air jump that reminds us of Metroid‘s Morph Ball Bomb jump technique.