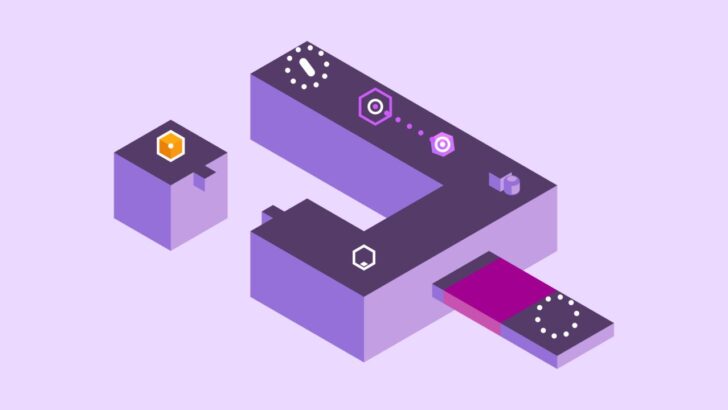 Soundtrack by Tim Shiel (The Gardens Between).

It’s no surprise that a number of new developers target the Switch as their console debut, with the hybrid system attracting Indie fans. Another that’s quite eye-catching is Induction, developed by Bryan Gale.

It’s a title that opts for clean visuals and shapes, bringing a title like EDGE to mind. It once featured on the Indie Megabooth at PAX East, has been well-received on Steam and has a soundtrack by Tim Shiel – their previous work includes The Gardens Between. Induction’s key feature is that its 56 puzzles will incorporate time travel in their mechanics and solutions.