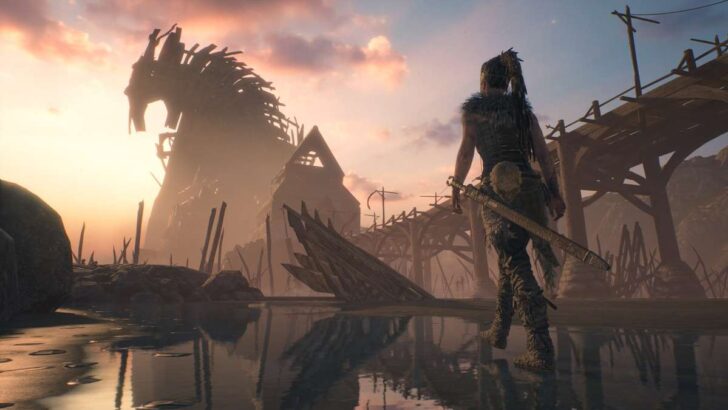 One of the biggest benefits of all that power in the hardware is giving developers the ability to make games that are Xbox Series X|S Optimized. This means that they’ve taken full advantage of the unique capabilities of Xbox Series X|S, both for new titles built natively using the Xbox Series X|S development environment as well as previously released titles that have been rebuilt specifically for the console. In our Inside Xbox Series X Optimized series, these creators will share the behind-the-scenes accounts of how they’re optimizing their titles for Xbox Series X|S and what that means for the future of gaming. Today, we’ll be chatting with Social Media Ninja at Ninja Theory Will Potter about optimizing Hellblade: Senua’s Sacrifice for Xbox Series X|S.

Q: What excites you most about developing and bringing Hellblade: Senua’s Sacrifice to life on next generation hardware?”

A: We’re incredibly proud that four years after launching Hellblade, we still hear from players on pretty much a daily basis who are experiencing our game for the first time. With an incredible 6.3 million total players across all platforms, Senua’s story has reached more people than we could have possibly imagined. We’re excited to give Hellblade a new lease of life with this update on next-gen Xbox consoles, not just to have a definitive version of the game available, but also to ensure we get to see more people experiencing Senua’s journey for years to come.

Q: In addition to benefiting from the power and performance of Xbox Series X|S for quicker load times etc., what Xbox Series X|S features were you most excited to explore leveraging in the development of Hellblade: Senua’s Sacrifice?

A: The Xbox One X Enhanced version of Hellblade was great but moving to Xbox Series X|S lets us really push the boundaries of what we can do with the game. Our starting point was to put everything on max settings, then make tweaks and additions from there. We were pleasantly surprised how great we could make this game look and run on Xbox Series X|S; the end result is even better than what we had hoped when we set out to make this update.

Q: How will these enhancements impact a player’s experience with Hellblade: Senua’s Sacrifice?

A: Senua’s journey is a cinematic experience, so the visual improvements are really going to up the immersion and bring the world of Helheim to life in a way we haven’t been able to do on console before. Ray traced reflections bring a new depth to the environments, from the torchlit passageways of Hela’s domain to the dramatic beaches of Shipwreck Coast.

Q: How do you expect fans of Hellblade: Senua’s Sacrifice will respond to playing it on Xbox Series X|S with these enhancements?

A: Personally, I’m really excited to see how the talented virtual photographers who have been active in our community feature these enhancements in their future work. I’m always blown away by the stunning shots shared with us on social media – I can’t wait to see what they can do with this new version of the game and the visual enhancements we’ve added.

Q: Which enhancement were you most excited about to explore leveraging for Hellblade: Senua’s Sacrifice on Xbox Series X|S?

A: We’re chuffed to be able to bring ray tracing to Xbox Series X|S. I’ve been playing through the game again in Enriched Visuals mode, and the ray traced reflections are stunning, it’s really amazing what the team has been able to do.

Q: What does Smart Delivery mean for your game and how you’re bringing Hellblade: Senua’s Sacrifice to fans?

A: Smart Delivery makes this update really simple. Players with an Xbox Series X|S will automatically get the new optimized update and will be ready to enjoy all the new features.

Q: What does Xbox Series X|S development enable in current or future projects that you could not have achieved with the previous generation of consoles?”

A: I can’t go into too much detail, but it’s safe to say that everyone at Ninja Theory is excited by Unreal Engine 5 on Xbox Series X|S.

Thanks to Will Potter for taking the time to talk to us. The Xbox Series X|S Optimized version of Hellbade: Senua’s Sacrifice is available now for Xbox Series X|S and playable with Xbox Game Pass. Stay tuned here to Xbox Wire for all the latest news on your favorite games.

☆☆☆☆☆
600
★★★★★
$29.99
Get it now
Xbox One X Enhanced
Xbox Game Pass
From the makers of Heavenly Sword, Enslaved: Odyssey to the West, and DmC: Devil May Cry, comes a warrior’s brutal journey into myth and madness.

Set in the Viking age, a broken Celtic warrior embarks on a haunting vision quest into Viking Hell to fight for the soul of her dead lover.

Created in collaboration with neuroscientists and people who experience psychosis, Hellblade: Senua’s Sacrifice will pull you deep into Senua’s mind.

Related:
Microsoft Flight Simulator is a Fantastic Flying Experience on Xbox Series X|S
Inside Xbox Series X|S Optimized: Sniper Elite 4
Our Minds Are Playing Tricks on Us: Hands-on with Psychonauts 2