It’s Great To Go Back To Hell 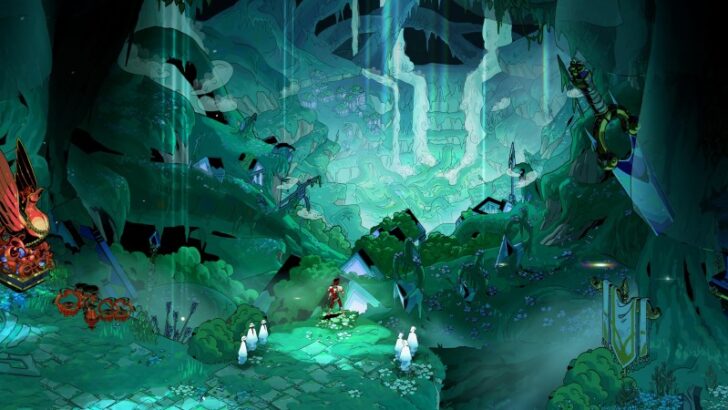 I’ve been following along with the development of Hades for many years. From regular check-ins during the lengthy early access period to a review on the game’s initial PC and Switch launch last year, it’s a game that I’ve had the good fortune to reapproach numerous times. I’m stamping one more trip onto my gaming passport to hell with the recent release on PlayStation 5 and Xbox Series X. And while some of the luster and curiosity has worn away, the tight action, gorgeous art, and clever structure remain undimmed. If you haven’t yet played Hades, this console release removes your last excuse not to do so. But for returning players, I’m happy to report that coming back to the game a year later is tons of fun.

Hades is virtually identical in its PlayStation and Xbox incarnations to the earlier releases on PC and Switch from a gameplay perspective. Players still take on the role of Zagreus, the estranged son of Hades, as he rebels against his father and attempts to escape to the surface. The action remains fast and frenetic, filled with constant dashing, myriad attack patterns, and various challenging enemies to dodge. Likewise, the unique story structure remains intact, wrapping the roguelike gameplay dynamic into the form of the plot, where Zagreus’ repeated deaths and returns to his father’s home gradually tell the tale of a broken family. Everything about the action still gets one’s heart racing, everything is quite clever and thoughtfully designed, and everything is what it was before, so it’s unwise to go in with different expectations.

For some, the difference may be on the technical and graphical side. When I last played, it was on a mid-tier gaming PC, and Hades looked beautiful. But there’s no denying that new details are apparent as I play through on PlayStation 5. Facial features on some of hell’s denizens are more clearly evident. Distant vistas are easier to make out. The action flows with a more consistent framerate.

That’s all because of the ways that Supergiant is leveraging the technology of the new console. Hades on new-gen consoles runs at 4K at a target 60 fps. The game maintains that 60 fps target running on PS4 or Xbox One, but drops the resolution down to 1080p. If playing on PS5, you also get some entertaining controller vibration lighting on the DualSense; I especially enjoyed the different colors on the controller that popped up when interacting with specific Olympian gods, matching their onscreen color scheme.

Even with some pretty new graphical tweaks, I still wouldn’t necessarily recommend returning to a year-old game as a matter of course. But while taking the time to test out these new technical elements, I was struck by how much fun I was having. Starting over from scratch, I was once again gradually collecting weapons, seeing the story unfold, and building up my powers, including those all-important uses of Death Defiance. I had expected to be a bit bored by redoing everything after only playing the game a year earlier. However, Hades features such excellent writing and taut action that the sensation never arose. Many players (including some on our editorial staff) declared Hades their game of the year in 2020. There’s a reason for that. It’s simply that good.

For my part, Hades has never nailed everything exactly to my preference. I still feel the combat can get a bit button-mashy after several runs. And I don’t love how many times you have to play through the same stages to see the story’s proper conclusion. But those are minor quibbles about a game filled with innovative ideas, beautiful art, and many varied ways to confront combat. Moreover, Hades’ creative treatment of Greek mythology and framing the story as one massive family drama is a brilliant take on these ancient characters and settings.

Whether you snag a copy on PlayStation or Xbox ($24.99 digital, $29.99 physical edition) or you simply redownload that copy you played through last year, I can say with confidence that you’ll have a good time. Either way, consider starting a new save file and watching Zagreus’ adventure unfold from the beginning. Supergiant Games has crafted a game with real staying power, and while that might not be quite as impressive as fighting your way out of hell, your replay will prove it’s a worthy feat.