Judging a Book by Its Cover: The Making of Alan Wake Remastered 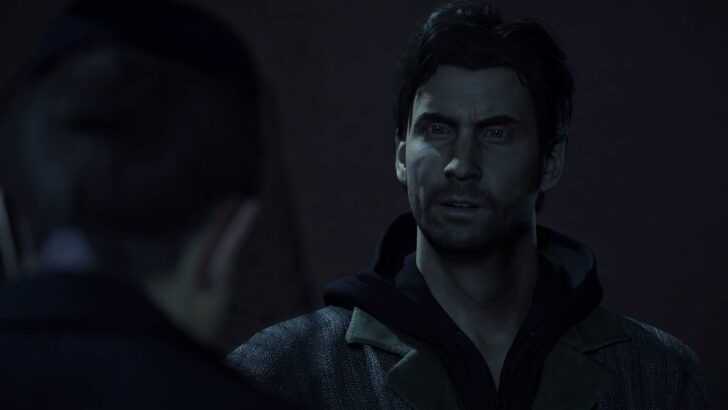 The original Alan Wake is a game close to many people’s hearts, including us here at Remedy, as well as the host of dedicated Xbox fans that picked up the original release back on Xbox 360 back in 2010. So when we set out to remaster this unique and beloved adventure, we knew we were going to have to work hard to deliver an experience that not only lives up to that legacy, but also presents it to an entirely new audience by elevating the graphics to modern standards.

To that end, we partnered with the talented folks at d3t, a team with a ton of experience and technical knowledge when it comes to remastering modern classics. The core team that created the original Alan Wake at Remedy worked very closely on this remaster with d3t.

So take a moment to check out the comparison trailer, and then we’ll talk a bit about the remaster process and give you an idea of how the project came together.

Okay, done? Great. Hopefully, you’ll agree that Alan Wake is looking better than ever! So, the first step with a project like this is called “cataloguing.” This means breaking down the game into its component parts, going much further than simply listing all the things that make it what it is. To properly remaster a game you have to truly understand how everything fits together and how every element is related and interacts. Data structures, reuse of assets and code, naming conventions, tools, plugins…everything! Think of it like a bunch of scientists putting something under the microscope to examine the cells.

When you’re developing a game from scratch, this happens very naturally as the project progresses – but remastering a game requires learning before you even get started. All in all, when you consider environments, props, textures, sound effects, UI elements, cinematics, and a whole heap of supporting data, you’re easily looking at around 100,000 individual items. No small feat. Once that was done, development for the remaster was then broken down into five core areas: coding, environment, characters, animation, and cinematics.

The coding side of the project started with creating a baseline, which essentially means converting all of the old systems – the skeleton of the game – into a new version that is compatible with new platforms and behaves exactly as the original did, but allowing for further development.

The original release version of Alan Wake was developed exclusively for Xbox 360 and was only later ported to PC, which meant that it only supported one rendering API – DirectX 9. Technology has, of course, moved on since then, so a crucial first step was updating the renderer and supporting engine systems to support modern standards. Then there are all the other modern systems to think about – new controllers, updated audio standards, achievements, saved games, and more. It’s also important to note that we’re talking about a remaster, not a remake. This means that we’re using the original engine, which can make implementing new modern features very tricky when you’re working with an engine that’s over a decade old.

So what’s new in Alan Wake Remastered? For starters, the game runs in 4K at 60fps on Xbox Series X, and in 1080p at 60fps on Series S. You can expect to see re-worked cutscenes with improved facial animations and lip-syncing, richer environments, and enhanced character models that have updated skin and hair shaders. Improvements have also been made to materials and textures in general, plus anti-aliasing, shadows, wind simulation, and increased draw distances.

Being such a story-focused game, Alan Wake Remastered’s cast of more than 30 characters is a huge part of the overall experience and was naturally an area we focused a lot of our time. A full team of character artists went back to the original reference materials to help make the characters look more like the actors they were based on. In the comparison trailer you should be able to spot the vast improvements to the characters themselves and the materials used in their costumes, adding even more realism and detail.

Aside from the character models, the animation teams transformed the game by making significant upgrades to facial animations, core gameplay movement, and more. This involved creating new rigs for the characters’ faces, entirely new motion capture for dialogue, and more than 600 additional poses being created to give greater expression to the performances. Look closely and you’ll spot loads of extra little details, like hand animations and idle movements. In addition, we also had a dedicated cinematics team updating every single scene in the game (for over an hour of footage in total), integrating everything from the new motion captures mentioned earlier, to more advanced post-production effects.

While the characters themselves are a central part of the game, the environment is equally important and demands as much care and attention as Alan himself. With that in mind, we had a dedicated sub-team working entirely on trees and foliage. The forest is a deeply complex environment. The team brought it to life by adding all new details like ferns, moss, fallen leaves, and other ground coverage, alongside improvements to animations like trees blowing in the wind.

The environment team worked closely with the programmers to upgrade the terrain itself, adding greater complexity and fidelity to different materials, from dirt and rocks, all the way to the mountains, and more urban materials like concrete and tarmac. A team of artists then set to work adding further detail to buildings, vehicles, and other objects to make sure that Bright Falls is as compelling and dramatic as it deserves to be.

So there we have it. This was just a quick whistle-stop tour of the work that has gone into Alan Wake Remastered, but we hope it gives you an idea of the scale of a project like this, and the love and respect that everyone involved has for the source material. We think the game is easily in the best shape it’s ever been, and we want to say a huge “thank you” to our friends at d3t for all their hard work, and for sharing the insider info in this blog. Lastly, thanks to all of you for the incredible support for Alan Wake Remastered. We really hope you enjoy exploring – or re-visiting – this remastered experience on Xbox One and Xbox Series X|S when it comes out on October 5.

☆☆☆☆☆
★★★★★
$29.99
Pre-order
In this award-winning cinematic action-thriller, troubled author Alan Wake embarks on a desperate search for his missing wife, Alice. Following her mysterious disappearance from the Pacific Northwest town of Bright Falls, he discovers pages of a horror story he has supposedly written, but he has no memory of.

Wake is soon forced to question his sanity, as page by page, the story comes true before his eyes: a hostile presence of supernatural darkness is taking over everyone it finds, turning them against him. He has no choice but to confront the forces of darkness armed only with his flashlight, a handgun and what remains of his shredded mind. His nightmarish journey to find answers to the mind-bending mystery he faces will lead him into the terrifying depths of the night.

Alan Wake Remastered offers the complete experience, with the main game and its two story expansions – The Signal and The Writer – in stunning new 4K visuals. The tense, episodic story is packed with unexpected twists, heart-stopping cliff hangers, and intense bursts of combat where it takes more than bullets to banish the darkness. The game’s cutscenes, quirky cast of characters, and the majestic Pacific Northwest vistas have been enhanced for an experience that delivers as much on its visual impact as its unnerving atmosphere.