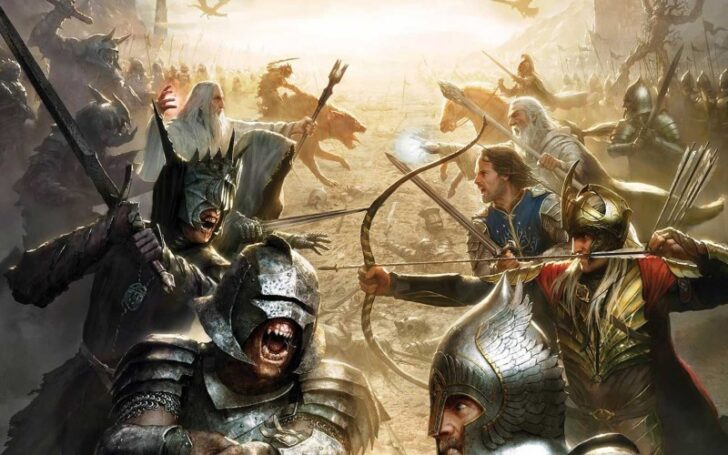 Have you seen Peter Jackson’s Lord of the Rings trilogy? Sure, The Hobbit films were decent, but nothing tops watching Aragorn and co charge into legions of orcs or a horseback Gandalf quell the darkness of a burgeoning evil with his white staff. The Lord of the Rings has influenced a bevy of fantastical stories and video games. And while it’s easy to attest the trilogy’s critical and commercial success to visual effects, acting, and a genuinely epic screenplay, you can’t ignore Howard Shore’s musical contributions. The three-time Oscar winner left his mark on the fantasy genre forever and might continue his victory lap with the upcoming Lord of the Rings television series. Shore is in talks to return to the franchise, and I think he’d be a welcome addition.

An exclusive Deadline report states that Shore’s inclusion could be a significant development for the series, considering that the filming of season one officially concluded in New Zealand – the location where both of Peter Jackson’s original trilogies took place – last month. A Twitter post from the official Lord of the Rings on Prime account announced that September 2022 would mark the start of the new series.

Not much is known about the show’s premise. We know it takes place thousands of years before the events of The Hobbit and The Lord of the Rings films. I, for one, am excited to return to Middle Earth alongside a new ensemble cast and a new (or age-old?) evil. I’ve got nothing against Sauron, but it’d be cool to see other antagonistic forces in Tolkien’s expansive universe. The Amazon prime show is filled to the brim with talent, including Morfydd Clark, Nazanin Boniadi, Cynthia Addai-Robinson, Owain Arthur, Ismael Cruz Cordova, Charles Edwards, Robert Aramayo, Maxim Baldry, Markella Kavenagh, Joseph Mawle, Lloyd Owen, Dylan Smith, Leon Wadham, Benjamin Walker, Sara Zwangobani, Sir Lenny Henry, Ema Horvath, Tyrone Muhafidin, and Sophia Nomvete.

What do you think the television show will be about? And what characters do you think will be making a return?