Madden NFL 22 Review – Short Of The First Down 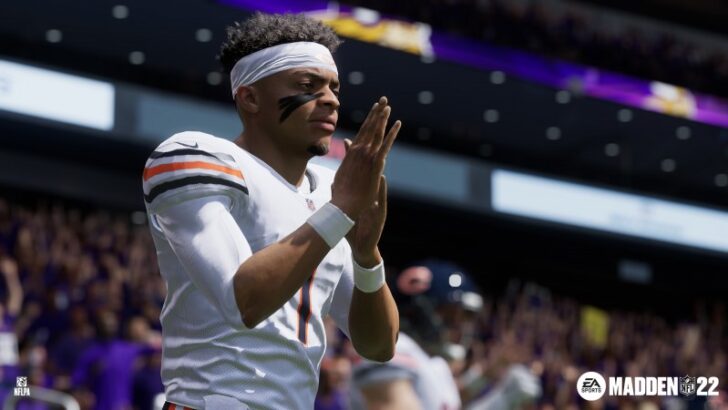 Following vocal community backlash against last year’s game, developer EA Tiburon looked to turn things around through an increased emphasis on Franchise and more noticeable improvements to gameplay. Madden NFL 22 takes the field with tons of potential, but its inability to differentiate from its predecessor, plus its many fumbles, wipe away much of the goodwill it garners.

Franchise mode remains a focus following EA Tiburon’s shift to add to last year’s mode post-launch. In addition to the post-release updates implemented by Madden NFL 21, this year’s mode simplifies its user interface, giving you easy access to league news or information about your upcoming opponent. I like the new coach progression system, which lets you unlock perks like attribute boosts, better negotiation skills, and extra experience points for players.

However, my favorite Franchise addition this year comes in the form of the improved weekly strategy tools. Here, you plan for the specific team you’re facing on both sides of the ball, plus dictate the intensity of your practices. While full practices grant stat boosts, they have a chance to leave your players banged up going into the game. I found it helpful to scope out your opponent’s strengths and then apply temporary boosts to counter them.

When you finally step onto the field, the football action is solid but familiar. While I still noticed snapped-to animations, dumb mistakes from the A.I., and players running into each other post-play, better blocking and tackling make the trench battles more realistic. The feeling of a pocket closing around your QB is almost palpable, and I’m happy it’s easier to blast through running lanes as a halfback. These incremental improvements add to the experience in tiny ways, but they still don’t take the game forward enough to differentiate it from last year’s title. However, my favorite additions come in the new atmosphere and momentum mechanics.

I love watching the new momentum meter react to the on-field action, unlocking advantages for the side in control. These modifiers often come in the form of hindrances for your opponent, like knocks to their stamina or hiding their receiver icons. Whenever my opponent stole the momentum, I always did whatever I could to chip away at their advantage. When the meter is heavily on one side’s favor, the camera even shakes pre-snap, replicating the unease your on-screen players feel.

These mechanics carry over into Face of the Franchise, the series’ single-player career mode. This year, you can play on the defensive side as a middle linebacker. I’ve always enjoyed Madden’s offense more, but I liked stepping into the shoes of the field general of the defense with a new camera angle and more instructive play art. Even though you’re right in the middle of the action, not every play comes your way, meaning your play calls are more important to your team’s success than when you play quarterback where you touch every snap.

I like role-playing a hotshot rookie entering the league, trying to turn around a struggling franchise through weekly play and unique scenarios. As you go from week to week, you’re presented with special situations like a big rivalry game, a weather-delayed match-up, or a game where the opposition trash talks your offensive coordinator, so you run up the score to defend his honor. I found it rewarding to progress my player by making decisions about how to spend their free time, even if the story is largely forgettable. Once you’re through the beginning, most narrative beats are awkward cutscenes where voicemails play over an animation of my character on his phone or through uninteresting text conversations. In the lead-up to a big rivalry game, I even had to play through a puzzling scene where a coach asked me multiple-choice questions about the history of the New York Jets. While I love single-player career-centric modes in sports games, sequences like that leave me scratching my head.

Though I appreciate the new ability to play on defense, I found the most enjoyment in the mode lining up under center as a quarterback. Nothing beats the excitement of calling the right plays, driving down the field, and completing important passes at crucial junctures of the game. While the core experience is enjoyable, Face of the Franchise fumbles due to glaring technical problems. Seemingly broken cutscenes leave characters awkwardly staring after dialogue stops, and some practice minigames fell apart when players didn’t appear on the field. However, the worst glitch came in my first game as a linebacker for the Chargers. The Washington Football Team didn’t spawn, and instead, I played against a duplicate Chargers team. Glitches are present in other modes but are especially noticeable in Face of the Franchise.

Those looking for more quick-hit experiences still have The Yard, Superstar K.O., and the standard online suite. The Yard adds more challenges to complete thanks to beefed-up campaign missions, plus cross-progression for your Face of the Franchise avatar adds incentive to continue your career in this side-dish mode. While I appreciate the freedom to pour hours into The Yard or Ultimate Team, this year’s tweaks do little to entice me to spend more time in these modes.

Despite its several technical issues, the on-the-field action of Madden NFL 22 continues to improve in small ways. However, the upgrades and improvements are largely overshadowed by the game’s problems and the series’ overall stagnation, making it difficult to recommend for week one.

Summary: Though Madden NFL 22 delivers solid yet familiar action, the yardage gained is squandered by its fumbles.

Concept: Step onto the field once again as your favorite NFL team, but crowds and momentum play a more significant role this time around

Graphics: When the many technical errors aren’t ripping you out of the immersion, Madden NFL 22 looks good. Spectators feel less mechanical thanks to new crowd animations

Sound: The commentary gets repetitive fast, but the remastered crowds sound great when the momentum is in the home team’s favor

Playability: The core experience is extremely familiar, but gameplay enhancements both subtle and apparent improve the play-by-play action

Entertainment: The atmosphere enhancements are welcome additions, and the on-the-field action is largely sound, but Madden NFL 22 suffers from technical issues that hold it back