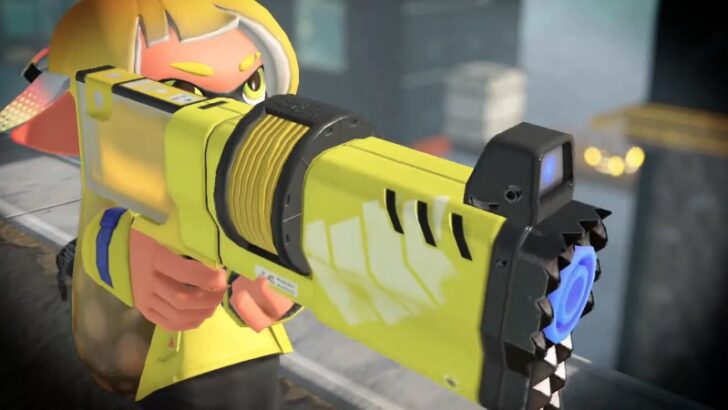 Today’s 40-minute-long Nintendo Direct held tons of announcements for fans of the company’s franchises like Kirby, despite some of the news slipping out a little before the presentation. The penultimate slot in today’s show was filled by Splatoon 3, which provided details on the upcoming title’s setting, main and special weapons, and a hair-raising new focus for the story.

Nintendo revealed Splatoon 3 is coming to Switch in 2022 during its February Direct. There is no update to that information as today’s showcase repeated the 2022 release window with no hint about the date fans can expect to get their hands on the title. The presentation did promise that more information was on the way and that we could “look forward to future updates.” However, the Nintendo Direct did give us a little bit more information on what content to expect in the game. After an action-packed trailer, which you can see above, a “squid researcher” – complete with an official-looking white lab coat – took the stage to break down various elements seen in the footage.

Splatoon 3 will take place in a metropolis called Splatsville, AKA the city of chaos, where the crowded population has built continuously upwards, giving the location a noticeable verticality. The city is surrounded by the Splatlands, a place known for its squid and octopus natives.

Splatoon 3 will not wildly alter some of the series’ most well-known features. Two 4-player teams will still be able to duke it out to ink the town in their own colors. However, there will be new ways to win this colorful battle, including an inky grappling hook-like device. Perhaps the most eye-catching change has to do with the game’s story mode, which is titled Return of the Mammalians. Little is known about what the resurgence of mammals will do to the game, but the end of the trailer does show an Inkling transforming into some type of hairy creature.