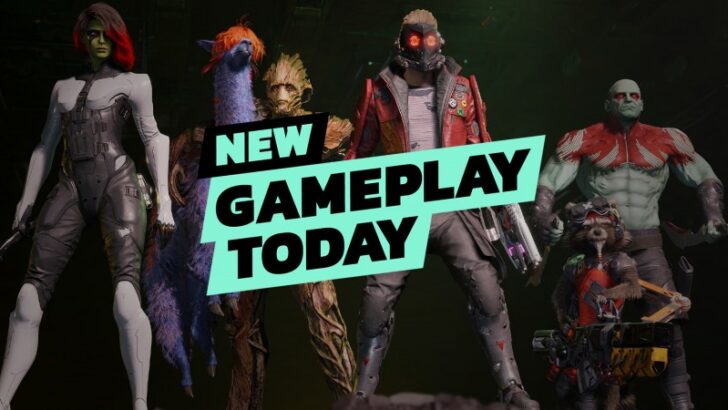 After over a decade of domination at the box office and even longer in the comics space, Marvel has set its sights on pairing its extensive library with premiere video game studios. The mega-brand has seen massive amounts of success in its partnerships with developers such as Insomniac Games on Marvel’s Spider-Man series, and Eidos-Montréal is next up to bat with Marvel’s Guardians of the Galaxy. Join Brian Shea, Marcus Stewart, Andrew Reiner, and Alex Stadnik as they check out this beautiful new 4K footage and geek out about all things superhero.

But that’s not all. Shea got to play around an hour of the new game and gives you his hands-on impressions as part of today’s video. In this NGT, we’re diving into the latest combat sections, including looks at the different abilities Star-Lord and his team will be able to wield and even a peek at what ship combat will be like.

We also get a taste of what kind of upgrades and perks the players will receive as they ravage their way through the galaxy. On top of that, we also get a bit of a story primer as Shea tells us what’s going on with Groot, Rocket, and company and who players can expect to exchange blaster shots with when the game launches on October 26 for PlayStation 5, Xbox Series X/S, PlayStation 4, Xbox One, Switch, and PC.

Not enough Marvel’s Guardians of the Galaxy in your life? Fret not, as we have a considerable cover hub from earlier this year that features exclusive interviews with the dev team, a look at how Eidos-Montréal could get licensed tracks for the game, a deep-dive into the supergroup’s origin stories, and so much more!

Thanks, as always, for watching! Be sure to let us know what you thought of the video in the comments below!