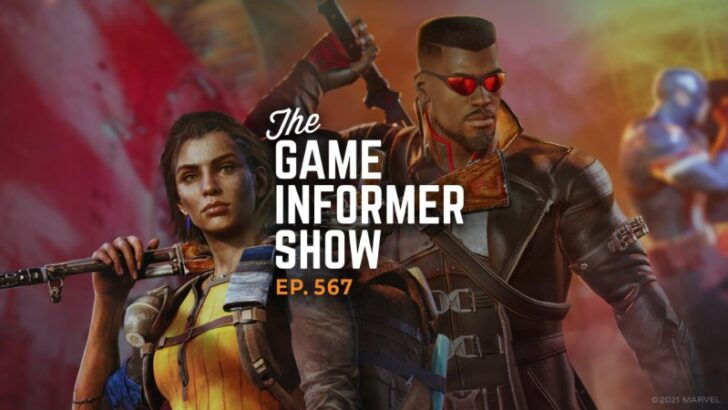 In this week’s episode of The Game Informer Show, the podcast crew discusses their Marvel’s Midnight Suns hands-on reactions, Far Cry 6 preview impressions, news surrounding the upcoming Dead Space remake, and returning to Destiny 2: Season of the Lost after last week’s announcements about The Witch Queen expansion. Later in the show, we react to the community’s hot takes about games like Metal Gear Solid 5 and Uncharted 4.

This month’s cover story revealed that Marvel’s Midnight Suns is the upcoming card-based strategy RPG from Firaxis, the studio behind the beloved XCOM series. The game’s necromantic themes and dark narrative separate it from Marvel Games’ other offerings, and after playing it ourselves, the game feels very promising.

The Game Informer Show is a weekly gaming podcast covering the latest video game news, industry topics, exclusive reveals, and reviews. Join hosts Alex Stadnik and Alex Van Aken every Thursday to chat about your favorite games – past and present – with Game Informer staff, developers, and special guests from all around the industry. Listen on Apple Podcasts, Spotify, or your favorite podcast app.

Check out the timestamps below to jump to a particular point in the discussion:

Topic of the Show:

Marvel’s Midnight Suns is not only a departure for Firaxis but also for Marvel Games. This upcoming tactical game differentiates itself from its developer’s previous catalog of games by introducing an exciting card-based gameplay loop and provides a much darker storyline than we’re used to experiencing in a Marvel video game. On top of describing their hands-on time with the project, the crew shares more information about The Hunter, the brand new character created by a collaboration between Firaxis and Marvel.

Keep up with our Midnight Suns exclusive coverage here.

Far Cry 6 is only a month away from release, so Brian Shea kicks off this segment by telling us why Ubisoft’s open-world project remains one of his most anticipated releases after his recent hands-on session. In short, the game is shaping up nicely, though we still have reservations about the dichotomy between Far Cry 6’s gameplay loop and ambitious plot.

Matt Miller, Liana Ruppert, and John Carson then join the panel to dissect why Destiny 2 is once again enjoying its time in the limelight following last week’s reveal of The Witch Queen expansion. Even though the game is not without its flaws, the panel explains why the story content featured in Season of the Lost is worth returning to Destiny 2 to experience.

This week the Game Informer community asks about beloved media franchises that would make for great games, if 2022 is going to be a historic year for video games, and whether we’re more excited for Grand Theft Auto 6 or Elder Scrolls VI. During our new segment, titled Heat Map, our community members call in to share their gaming hot takes!

Read their questions below, or submit your own via the Official Game Informer Community Discord or by emailing us at Podcast@GameInformer.com:

“I was wondering what TV show, Movie, Book, etc. You would like to see brought to a video game and how that game would play. I personally have always wanted a proper Avatar: The Last Airbender game. That world is so full of lore that could be used to make a great game. I’d like to see an open-world adventure game in the same vein as Horizon. I don’t think it would be necessary to have any of the main cast of the show involved in the game at all. You pick your type of bending and grow into a powerful bender as the game progresses. So, are there any beloved series that you have always wanted to see turned into a video game?” – Ganon from Hyrule
“Is 2022 going to become one of those historic epic years for games? We’re getting 3 historically proven studios creating 3 games of the year competitors for each major console: God of War Ragnarok, Starfield, and Breath of the Wild 2. Not to mention several other games dated for 2022 now with Horizon Forbidden West, Elden Ring, Stalker 2, Redfall, and countless others. Do you think the pandemic-adjusted timelines and delays caused us to catch up and pack the year instead of spreading them out over time? Is it just coincidence and this is the sweet spot in the console life cycle like there is every generation?” – John from Tampa, FL
“With it being the 10 year anniversary of Skyrim and year 8 of GTA5 I was wondering which new game in these series were you looking forward to more and why? Both came out two generations ago and have current console versions. Thanks for all you do!” – Cole Harper from Nashville, TN
Share it! Twitter Facebook Google + Pinterest Linkedin