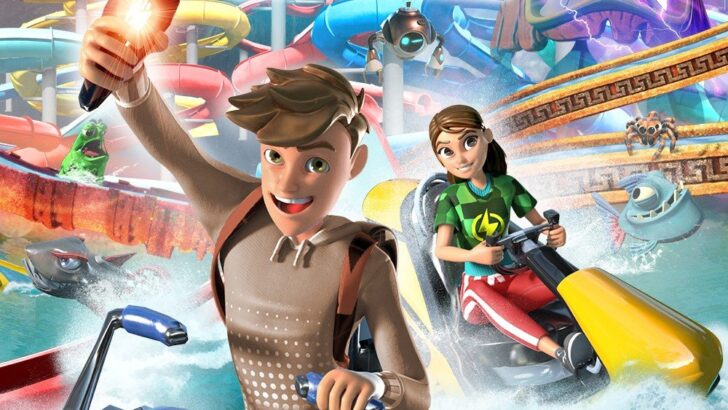 As spotted by Nintendo Everything, this game charges you with navigating some 74 wild water rides in order to save their famous spy parents and pairing up with a special spy drone named B.U.D.D.Y as you blast in, around and down its various danger-filled arenas. It also features some local co-op enabling two people to play as Mickey and Jenny Storm as they battle to save their (obviously inept) super spy folks.