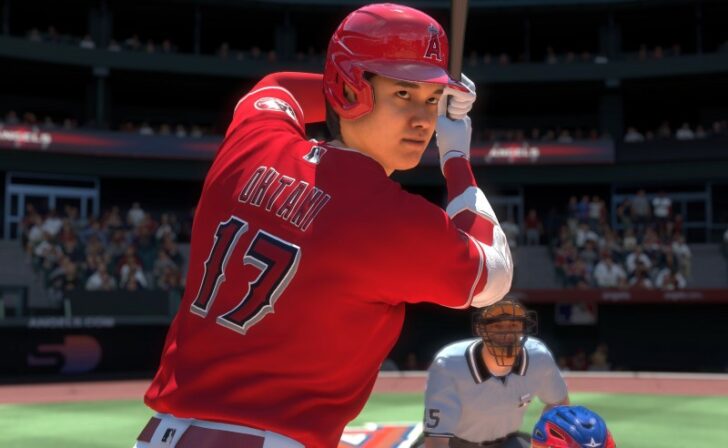 MLB The Show 22 is a savvy veteran, a game that continues to perform well on the field, despite some modes feeling like they are falling behind the times. Developer Sony San Diego once again finds new ways to capture the realism of the sport and add even more excitement to the already fantastic batting and pitching battle. Given just how much content is here, not every mode received the attention we want, but Sony makes up for them with excellent new experiences.

Down by a run in the bottom of the ninth, you are on the bench, unable to do anything other than chew on your nails and cheer on your teammate at the plate. In years past, in this moment, you’d be in the batter’s box swinging for the fences, but it’s now your friend’s turn. Even without wood in your hand, sitting in the dugout as your friend tries to knock one out of the park is surprisingly intense. This experience unfolds in a wonderfully designed cooperative mode within Diamond Dynasty. Through this new avenue of play, MLB The Show nails the thrill of being on a team, giving you the chance to discuss strategies, execute hit and runs together, and hopefully scream in celebration when your buddy crushes a walk-off home run.

Cooperative play is great fun but surprisingly sparse in matchmaking options, allowing for just 2v2 and 3v3 matchups within the desired pitching and fielding difficulty groups – that’s it. Given baseball is a nine-person game, it’s disappointing that higher player counts aren’t supported, but the lower number creates more gameplay opportunities for each player. I applaud Sony’s decision to alternate at bats from player to player, meaning you can’t send your best-hitting friend to the plate in critical situations – it’s always who’s next in the order. I also like how cooperative play encourages spending time in other Diamond Dynasty modes to unlock better cards through card collecting, as the players featured on them are who you can send to the field.

Chasing elite diamond-ranked players is still a grind in Diamond Dynasty, but I didn’t feel as strong of a pull to spend real money to buy packs of cards as much as I have in years past. Most of the modes offer excellent rewards that help build out the roster quickly. Most of the early recruits will be of the silver and gold variety, but you will get a few diamond-ranked stars early on.

Conquest remains a satisfying avenue of play for card collecting and leveling. This mode’s abridged three-inning format is better than ever thanks to A.I. rebalancing. Conquest’s computer opponents now put on a strategic clinic, diving into the bullpen, using pinch runners, bunting runners over, and pitching to double plays. The balancing also affects your game, as pitchers begin to tire much faster – sometimes comically so after just a pitch or two. These are welcome changes that removes some of the repetition in gameplay motions.

If you love the three-inning format, Sony added another excellent mode for quick play: The aptly named Mini Season delivers three-inning games and a short 40-game season that you can get through in a weekend. It’s an excellent addition that provides a nice selection of rotating missions but can be a bit frustrating early in your Show playing, as the A.I. teams you face replicate squads assembled by real Show players, meaning you could meet an all-Diamond team while you are still sending out gold and silver players. I developed a fun routine of bouncing between Mini Season and Conquest, a path that rewarded me with packs of cards and quick experience boosts for my rank and players.

As for the action on the field, MLB The Show 22 is once again a showpiece of iteration. Building upon an already great foundation, Sony continues to find ways to tighten up the play, add more realism, and reduce repeated moments. Variety is showcased within the the new fielding animations for all types of hits, the ways players charge balls, and new home run animations. It’s also easier to read pitch release points, and the ball has a bit more weight to it, meaning you’ll see more realistic ground ball hops and flight trajectories right off of the bat.

The feel of the play remains remarkably fluid, but don’t be surprised if you walk more batters than you have in past iterations. There’s a more pronounced penalty for missing Pinpoint precision, leading to the ball sailing out of the strike zone. As a pitcher runs out of gas, Sony makes you work in later innings, and you’ll likely rely on bullpen arms more, a nice little way to keep you on your toes and change things up.

While making many strides forward, The Show 22 comes up a bit short in several areas. Repetition is a common theme in the commentary booth, consisting of two new voices: Jon Sciambi and Chris Singleton. They deliver great insight into the sport and play well off each other but don’t have nearly enough lines. If a switch hitter comes up, don’t be surprised if he’s called a unicorn because you don’t see many of them anymore. I believe I’ve heard this dialogue 50 times already.

Some modes also didn’t receive much refinement. Franchise mode is largely unchanged, offering slightly tweaked trade block logic, payrolls based on 40-man rosters, and budget and contract improvements. Road to the Show is a repeat performer from last year but still delivers plenty of fun and the deep connected player experience to Diamond Dynasty.

Players looking for new meaty season-based experiences will find them in the vastly improved March to October mode. With the focus shifting away from “win now,” you can take your team through multiple seasons, enjoy nicely streamlined drafting and team building, and focus on individual player efforts. I was surprised how much it scratched my Franchise mode itch.

A week after launch, MLB The Show 22’s online performance is shaky, delivering periodic latency and hard crashes (sometimes without XP rewards). Online stability continues to be a huge hole in MLB The Show’s yearly swing. While the new Switch iteration offers all the content of the PlayStation and Xbox versions, it suffers from framerate stuttering and significant graphical flickering. It’s still playable and fun but doesn’t carry the big lumber of its console brethren and feels like it’s barely holding on.

MLB The Show 22 doesn’t put up an all-star performance this year, but continues to be consistent in all avenues of play and finds new ways to make you want to spend time at the ballpark. Playing with friends in cooperative play is the standout feature if you can use it, but the on-the-field play and March to October also impress.