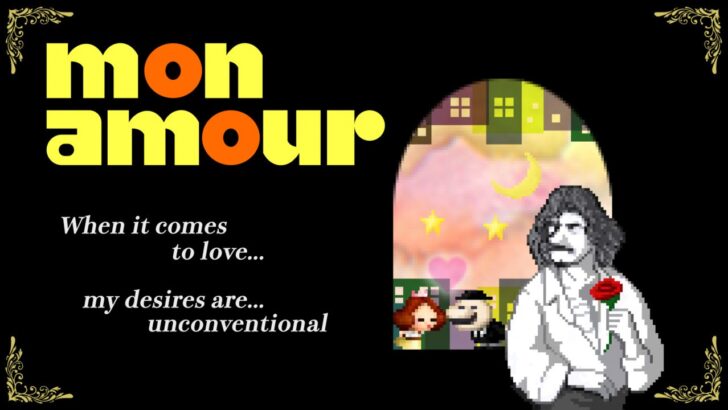 “The more you kiss, the better you get”.

Onion Games is a studio with some much admired developers in the team, and has won a number of fans on platforms like Switch with recent releases like Moon and Dandy Dungeon – Legend of Brave Yamada. Well known for its eccentric style, the developer is sticking to its approach with the bizarre but intriguing Mon Amour.

You can see some of its weirdness in the trailer above – described as a ‘flappy kissing game’, you need just one button to try and navigate increasingly tricky stages, seemingly with those you have kissed following behind.