Monster Train And Its DLC Are Now Available On Switch 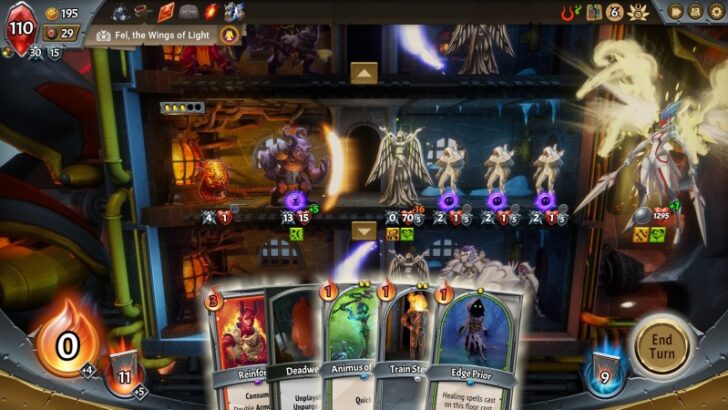 In case you missed it, the stellar deck-builder Monster Train has made its way to Switch. Even better, it comes in a spiffy new edition called First Class that includes The Last Divinity DLC. Switch is an ideal platform for deck-builders, and Monster Train fans can finally enjoy the game on the go or while lounging in bed.

Monster Train First Class runs for $29.99 and also includes every bonus card and gameplay update released up to this point. The game’s competitive Hell Rush mode, with pits up to eight players against each other online, supports cross-play with the PC and Xbox versions.

Are you a fan of the genre but haven’t played Monster Train? Much like Slay the Spire, the game is a deck-building roguelike, but this time you’re on a multi-story train heading for the underworld that’s being attacked by invading monsters. The goal is to prevent enemies from ascending to the top of the train, so you’ll need to concoct monster and spell combos to keep foes at bay as well as keep your train on the tracks.

We scored the game a 9 out of 10 when it first hit PC in May 2020, with Game Informer PC editor Dan Tack summing up the experience in his review by saying, “Monster Train is a pleasant, mind-blowingly addictive exercise that’s well worth your time, especially if you’re a fan of roguelikes, card games, and deck-building fare. Hours of entertainment await, often chained back-to-back like a crazy card combo.” To learn about how Monster Train stands out in an increasingly crowded pack, be sure to read the full review here.